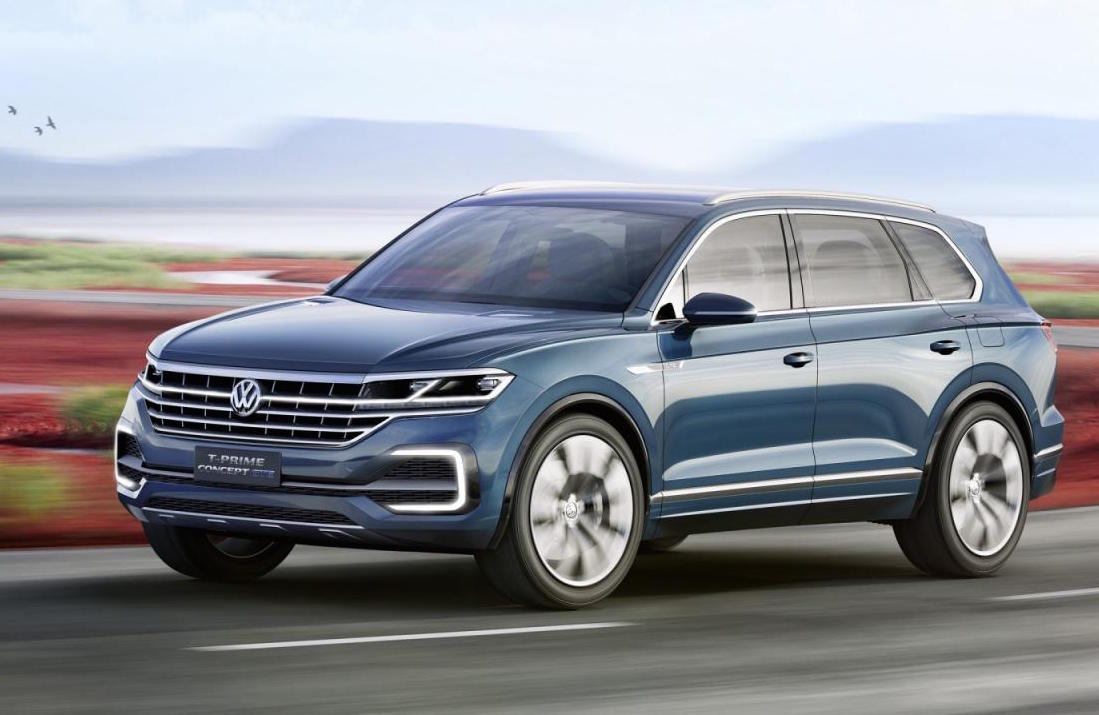 Volkswagen is planning the introduction of an extremely big and high-tech future SUV, which is believed to sit above the Touareg.

In Beijing, the German VW Group is anticipating the future SUV by launching the T-Prime GTE Concept, an advanced SUV in terms of visuals, interior functions and powertrain under the hood.

One of the concept`s main highlights is the interior, which is adorned with a plethora of futuristic tweaks, like the eight-speed automatic transmission controlled “by wire” and using a special glass scroll wheel, alone with the Curved Interactive Area with curved infotainment system, which is a world premiere system.

As we can also depict from the picture with the concept`s interior, the T-Prime`s cabin features no conventional buttons and switches, everything being controlled by gesture control, voice command or touchscreen.

Underneath the hood, the Volkswagen T-Prime GTE Concept is believed to be a “cutting-edge premium class SUV”, being packed by a plug-in hybrid powertrain with all-wheel drive, which previews the “first glimpse of Volkswagen`s future flagship”.

The plug-in hybrid powertrain consists of an advanced 2.0-liter turbo hybrid system with impressive 280 kW, along with a fully electric driving mode of up to 50 km range.