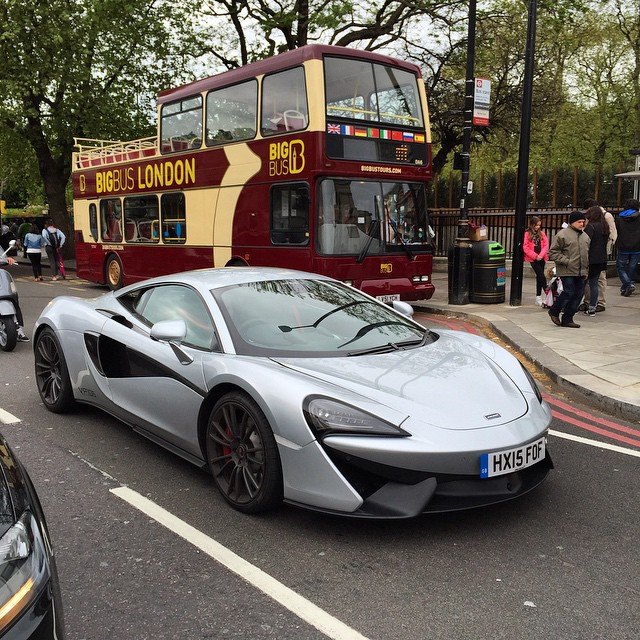 The McLaren 570S launched at the 2015 New York Auto Show, is ending up in our news again, as the supercar was already seen cruising the streets of London. And as you can see in the pictures, it really made quite an impressive, people on the streets admiring its beauty.

As a reminder, the McLaren 570S is a cheaper alternative for those who do not want the top versions from the British carmaker. However, we should not underestimate the performance of this model, as it directly fights against the Jaguar F-Type, the Mercedes-AMG GT or the Porsche 911.

Apart of its performance under the hood, the McLaren 570S also brags with an exquisite body style, complemented by the 19- or the 20-inch alloy wheels, front and rear, fitted with carbon ceramic brakes. The supercar has been also installed with an updated system suspension at the front and rear.

Audi Q Junior Is Just Around the Corner