Automotorblog: Daily news on cars and motorcycles Blog Other News NBA stars and their cars
Other News Supercars

NBA stars and their cars 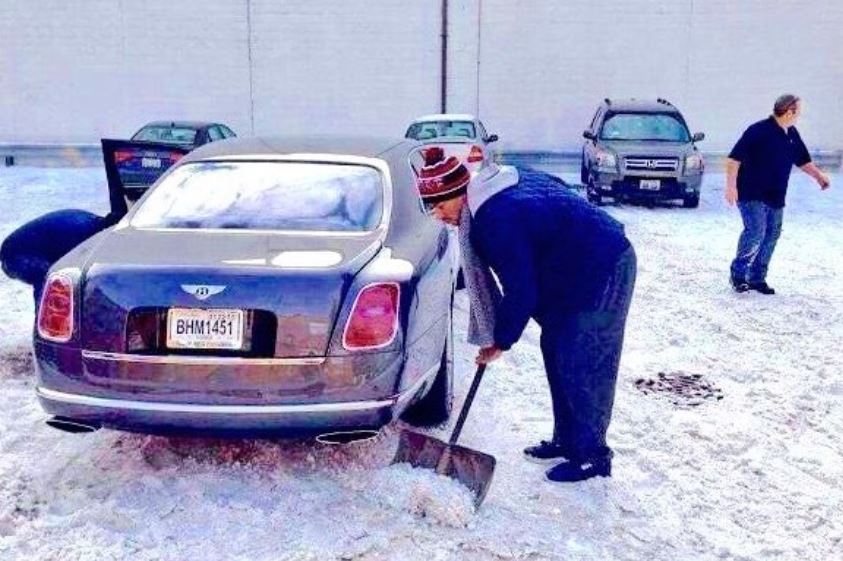 What makes an elite level basketball player? Obviously, skill is important but then you’re looking at physical qualities such as endurance, pace, power and durability. It’s not so dissimilar to the world of cars.

As it turns out, there are quite a few of the ‘big guns’ who love their motors. Here we look at five NBA stars and their cars.

What sort of motor do you picture one of the NBA’s most respected defensive players to drive? Well, Wall’s choice – or at least one of them – certainly fits the bill. It’s a Mercedes Benz G550 4X4 and he’s had more than a few personal touches thrown in; in fact, it was built especially for the Rockets’ point guard.

The motor sports a camouflage wrap with red wing mirrors, a red Merc badge and red wheels to make it ‘pop’. If the look isn’t for you then the sound probably will be; with over 400 bhp coming from the 4 litre v8 engine it really purrs cruising the streets of Houston!

Float like a butterfly, sting like a James Harden in his Chevrolet Camaro Convertible. It’s not quite as catchy, is it? Harden’s yellow and black Chevvy is an absolute beauty though and with a top speed of 290kmh it can really kick it.

Also, given the sort of money Harden is on and compared to the cost of most the cars on this list, at just over $30k, the car was a bargain too. Harden, who recently traded Houston for Brooklyn, does have a Rolls, Bentley and Range Rover in his collection as well though so don’t feel too bad for the fella.

You have to be a special kind of person to pull off driving around in a Lamborghini Aventador Roadster. The fact James was named NBA finals MVP last year on route to yet another Championship probably means he can get away with it! He’s clearly not bothered about being seen out in it either for the paint job is far from understated; it’s a bold yellow and green palm leaf style print.

To be fair though, if the Lakers man ever decides he’s done with being spotted out in public he can soon make himself a blur – that’s what a turn of pace to the tune of 0-100 in three seconds can do!

In a list full of fairly out there cars former Miami Heat man Wade, who actually retired from playing in 2019, ticks the boxes for elegance and class with his classic red Ferrari F12 Berlinetta. The $320k motor screams ‘Ferrari’ even to those less up on their cars and with a bhp of 730 it’s not the only scream this car lets out!

To most of us, we’d look somewhat out of place parading around in this F12 Berlinetta. Not Wade though. Then again, we probably can’t boast 13 All-Star appearances and a trio of NBA Championships.

We thought we’d save the best until last and there is little debate that a Bugatti Veyron is deserving of topping any list.

Rose’s orange and black motor cost a pretty penny at near on $2m but it’s not like he can’t afford it; he was on a $15m deal with the Pistons and has since been traded to the Knicks where he’s likely had another salary bump.

There you have it, five NBA stars and their cars. Who did we miss?

What Is More Expensive A Horse Or A Car?