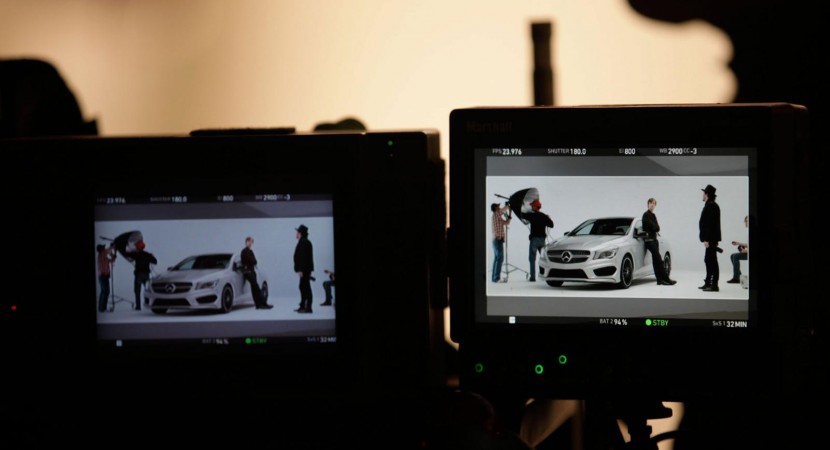 With the Detroit Motor Show just around the corner, Mercedes-Benz releases new teasers for the upcoming CLA sedan, a model which is expected to go on sale later this year.

Under the bonnet of the German model, we will find several petrol and diesel powerplants with outputs ranging from 122hp to 211hp. Later this year, Mercedes will unveil an AMG-tuned model which could get a total output of 335 horsepower. However, until then, we have the standard Mercedes CLA, a model which measures 4,6 meters in length and is based on the current A-Class model.

Mercedes’ teaser photo from the official video shooting is not the only one which surfaced today on the Internet. A much more convincing shot with the new CLA wearing the AMG pack is also available below. With this been said, it’s a matter of days until we get the opportunity to see the new model in the spotlight.