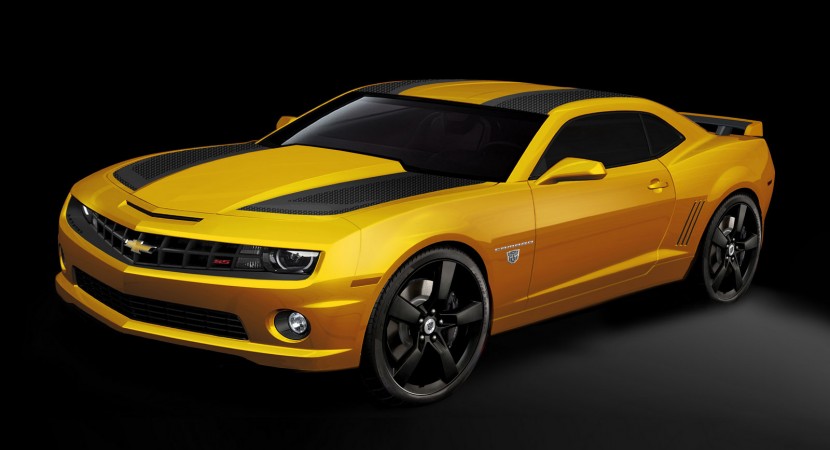 According to the Americans from Chevrolet, the two previous Transformers films helped the current Camaro to become the best-selling sports car in the America for two consecutive years, therefore, there are all the reasons to take advantage of the third movie and promote the model in question even more. Dark of the Moon is the name of the third Transformers movie and Chevrolet decided to prepare the Transformers Special Edition for the current Camaro.

The new Dark of the Moon film will have the worldwide premiere Wednesday but the 2012 Chevrolet Camaro Transformers Special Edition will be available for order in July, hitting the U.S. dealerships in September. Being based on the Autobot “Bumblebee” character, the new special edition will be available for the 2LT and 2SS Camaro versions and comes at a price of around $3,000. At the exterior, the 2012 Camaro Transformers gets the Rally Yellow paint job alongside black stripes on the hood, roof and boot, a new rear spoiler and other minor tweaks over the standard offering of the RS package. Moreover, the aesthetic package is completed by a set of 20-inch alloy wheels fitted with high-performance tires while 21-inch alloys in black finish are available as optional. Chevrolet offers some interior enhancements too, from the list we can note the Autobot Shield logos placed on the center console lid and headrests but also the new black leather upholstery with yellow stitching. The Transformers franchise has helped introduce Camaro – and Chevrolet – to a whole new generation of fans,” said Rick Scheidt, vice president of Chevrolet marketing. “Its role in the films helped make the Camaro the best-selling sports car in America and one of the best-known cars of any kind around the world.”

According to Chevrolet, the new Camaro Convertible introduced this year helped the American model to be sold in 40,275 units, surpassing the Mustang sales of 30,206 vehicles. Therefore, if you are a fan of the Transformers franchise, go and pre-order one of these special units able to show the people that you are a real fan.