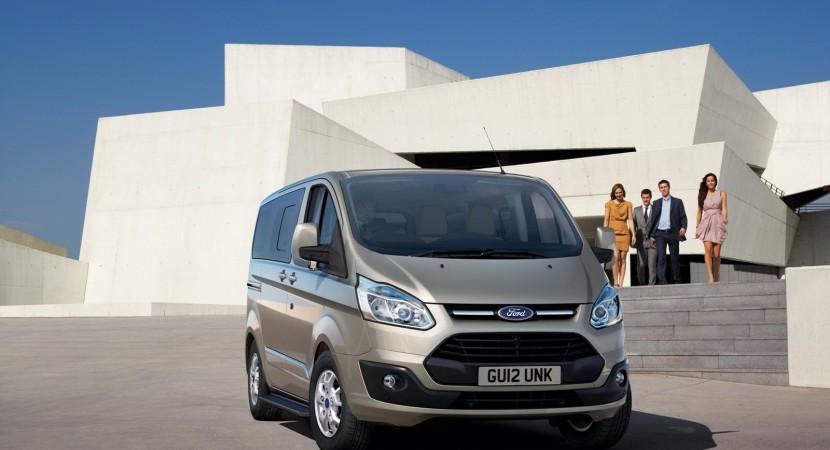 Somehow unexpectedly, the Americans from Ford unveiled the production version of Tourneo Custom, a model preview by the concept with the same name at the Geneva Motor Show this month.

Ford says that the new Tourneo is the first model within the new range of Transit vans and will hit the showrooms later this year. The Birmingham Commercial Vehicle Show which opens its gates next month will be the place where Ford will debut the model in world premiere. In terms of power, the new Ford Tourneo Custom will be offered with a 2.2-liter Duratorq TDCi diesel available in three versions. The first one delivers 99hp, the second one 123hp while the most powerful reaches 153 horses, all being coupled to a six-speed manual transmission. “The bold new Tourneo Custom signals the start of a revolution in Ford’s commercial vehicle range. It’s a fantastic-looking people mover – inside and out,” commented Stephen Odell.

Ford’s new model will be available in two seat configurations (eight or nine) and features adjustable rear seats that can be completely folded for increases luggage space.