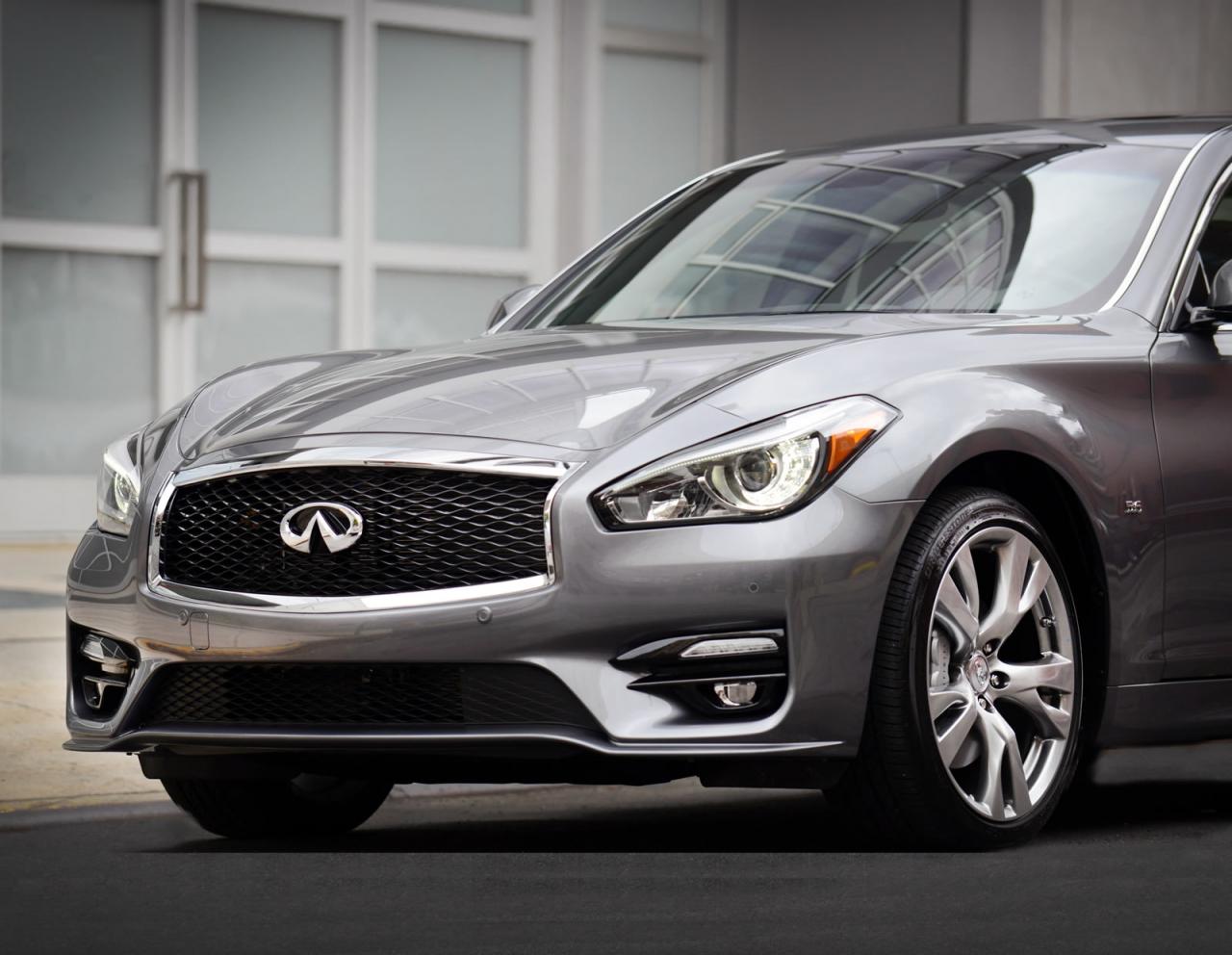 Infiniti released official pricing information on the 2015 Q70 facelift, a model which was seen in world premiere earlier this year at New York. At the exterior, the Japanese sedan benefits from 18-inch alloy wheels, parking sensors, LED headlights and chrome inserts.

Inside, ventilated seats are offered as standard as well as a rear-view camera. If you want the bigger 20-inch alloy wheels or revised bumpers, there’s the more expensive Sport model.

Under the bonnet you will find a new 2.2-liter turbodiesel engine replacing the larger 3.0-liter V6. It is linked to a seven-speed automatic gearbox and produces 170 horses and 400 Nm of torque. A significantly more powerful 3.7-liter V6 powerplant with 320 horses and 360 Nm of torque is also available on the 2015 Infiniti Q70 facelift.

Last but not least, the Infiniti Q70 Hybrid packs a 3.5-liter V6 and an electric motor for a total output of 365 horses and 546 Nm of torque.

All this power translate to a 0-100 km/h acceleration of just 5,3 seconds. The new Infiniti Q70 facelift is expected to hit the UK dealers in January with a starting price tag of £32,650.