Home
Featured
This Is the 2018 Infiniti QX50 with New Technology and “Empowering Performance”, Kicks Off at 2017 L.A. Auto Show 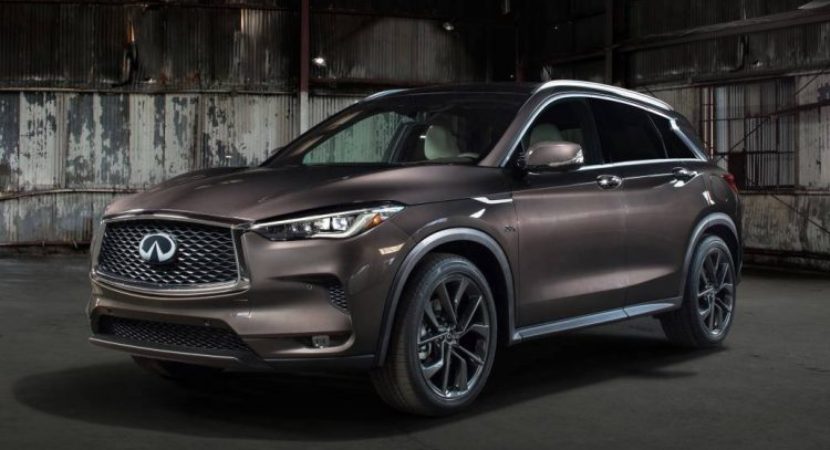 The SUV lineup from Infiniti represents the epiphany of luxury, technological advancements and impressive performance under the hood as well.

The latest high-end model to join the exclusive segment is the newly-presented 2018 Infiniti QX50, an exceptional SUV meant to challenge the supremacy of the likes of the Audi Q5 or BMW X3.

“The QX50 is the most important vehicle we have ever launched, and it embodies everything the brand stands for: Beautiful design, advanced technology and empowering performance. As a premium, mid-size SUV. It’s the right vehicle at the right time in one of the world’s fastest growing segments.”

Speaking of the new technological enhancements, the 2018 Infiniti QX50 is an innovative machinery, coming in a premiere with the latest ProPILOT Assist system which enables for faster acceleration, increased maneuverability and braking in ”single-lane highway driving conditions.” The system also allows for autonomous functionality just by a push of a button.

Another important innovation is the SUV`s variable compression ratio engine, the first one ever used so far. This means that the car`s 2.0-liter turbo flat-four petrol engine comes with its own compression ratio achieved between 8.0:1 to 14.0:1, via a unique multi-link mechanism which raises or lowers the piston`s own reach. This eventually leads to increase performance and efficiency. Speaking of performance, the new QX50 develops 200 kW and 380 Nm of torque.

As the carmaker also states, the medium-sized SUV stands on a new platform built from high-tensile steel, which sets new standards for ”refinement, rigidity and interior space.”

The 2018 Infiniti QX50 will be officially unveiled at the 2017 Los Angeles Auto Show starting next week. Full media gallery with the gorgeous SUV will be revealed at the event.