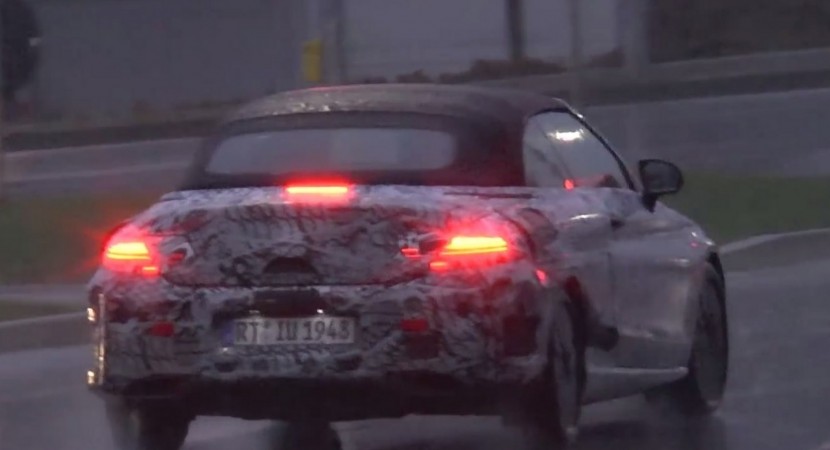 After releasing the hard-top C-Class model, the German carmaker is already planning the introduction of its soft-top version, as a test-mule with the aforementioned model was recently spotted in a video, while performing some tests on the roads in Germany, under heavy rain.

The model is reported to be officially unveiled at the 2016 Geneva Motor Show as the main competitor of the new BMW 4-Series Convertible.

In terms of styling, the 2016 Mercedes-Benz C-Class Cabriolet will take its similarities from the Coupe sibling, except for the retractable fabric roof and rear trunk, which will be reduced in size in order to make room for the folded top.

There are no technical specifications or details concerning the powertrains it will fit under the hood, but what we do know is that the C-Class Cabriolet will come with two important systems, the AIRCAP (air deflector) and the AIRSCARF (neck-level heating).

More than that, we should expect less performance figures compared to the coupe, and that because of the chassis reinforcements required to maintain the model more rigid.

The full details will be launched prior to its official debut at the 2016 Geneva Motor Show, meanwhile, enjoy the video spy with the 2016 Mercedes-Benz C-Class Cabriolet!