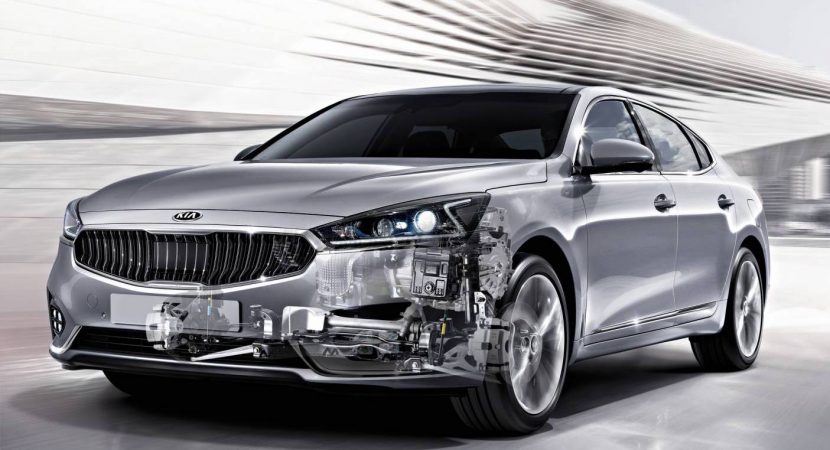 The 2017 Kia Candeza will be the first one from the entire lineup to receive the eight-speed automatic transmission, later on to be used on “a number of mid-sized and larger front-wheel drive models, and will serve as a stepping stone to the development of future advanced Kia transmissions.”

There were a total of 143 patents that the South Korean carmaker filed in order to receive the go-ahead for the new auto gearbox, which is reported to shed off around 3.5 kg, making it thus smaller, highly-efficient, and also reducing the noise and vibration.

Also, the new system will be joining the present eight-speed transmission used for Kia models with rear-wheel drive, featuring smaller hydraulic oil pump or a high-performance direct control valve body with 12 valves out of 20, which reduce shift times; it allows as well a 34 percent ratio increase over the six-speed automatic, improving thus acceleration and fuel economy.

The technicians were not able to mount transmission in the same way as the RWD because of the small space used for suspension, powertrain and other mechanics, instead they managed to mount the transmission transversely.

The 2017 Kia Cadenza model comes fitted with a 3.3-liter V6 GDI engine and with the new eight-speed automatic transmission, the car will be more fuel efficient in terms of performance and fuel-economy.

Kia carmaker has also released an interesting video which showcases the development of its new eight-speed automatic transmission. Enjoy it and don’t forget to share it with your friends who would like to buy a Kia model in the future!