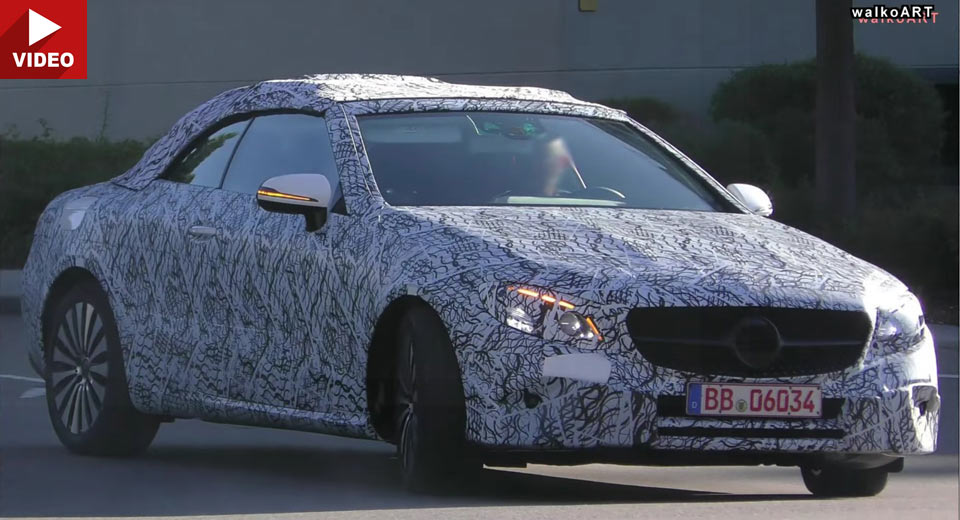 Mercedes-Benz E-Class Convertible has been seen so far in many spy photos while undergoing tests around the track or on different roads in Germany, the model getting ready for an official debut at the 2017 NAIAS, in Detroit, next January, or in March, at the famous Geneva Motor Show.

The real proof that the test model is almost ready for the finished version is the new spy video which reveals the model wearing less camouflage.

The test mule can now be seen without the plastic cladding with a slight camouflage around the body, revealing similarities with the Sedan or the Coupe. Of course, ironical as I can be right now, I reckon all Mercedes-Benz models are beginning to look alike.

However, once it will emerge, the Cabrio will come, as expected, with reinforced elements at the body and that to sustain the lack of the roof, translating thus in more weight and less performance figures than the E-Class Coupe.

Inside, the cabin will come with rather the same feature as its coupe sibling, adding the AirCap anti-draught system and the latest technology available right now on all-new models, coupes or cabriolets.

In the engine department, the all-new Mercedes-Benz E-Class Convertible is likely to borrow the same engines from the Coupe and other high-end versions from Mercedes-AMG. We should expect thus the long-rumored 4.0-liter twin-turbo V8 engine.

So far, the specs details are rather scarce but we will shortly find out more soon enough, also given the fact that the model might be seen at the 2017 New York Auto Show, in Detroit, next January.