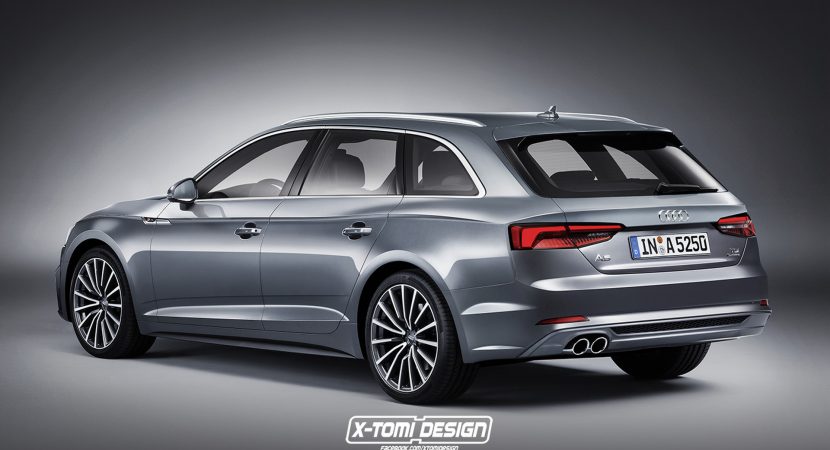 The 2016 Paris Motor Show is opening its gates on 29th of September, with a lot of carmakers to prepare their latest rides. One of the most important automakers from the entire industry Audi, is also bringing an interesting model lineup, including the all-new A5 Sportback, recently announced ahead the event.

Along with any arrival of a high-end model, specialists in the auto industry also foresee hardcore versions, and this rendering above is a sign that the A5 is also rumored to spawn an A5 Avant version.

Based on the speculations surrounding the upcoming of a future Audi A5 Avant, famous X-Tomi Design render artist has come up with its own interpretation of the model, which is more family-focused and coming with plenty of space inside and also with a reworked body styling.

As we can depict from the rendering, the Audi A5 Avant is following the same design lines also seen on the A5 Sportback, but packs the usual Avant rear end, extremely appealing at the same time, along with high-spoke alloy wheels with silver finish, which make it extremely sexy and appealing.

We are one hundred percent sure that, at least for the moment, the chances of an upcoming Audi A5 Avant are almost zero, but it is a good imagery exercise and also fun seeing the A5 Sportback wearing an Avant body styling.

Meanwhile, we are looking forward to seeing the Audi A5 Sportback being officially displayed at the 2016 Paris Motor Show, with other hot models to follow as well. Would like to a series Audi A5 Avant for your daily family routine?