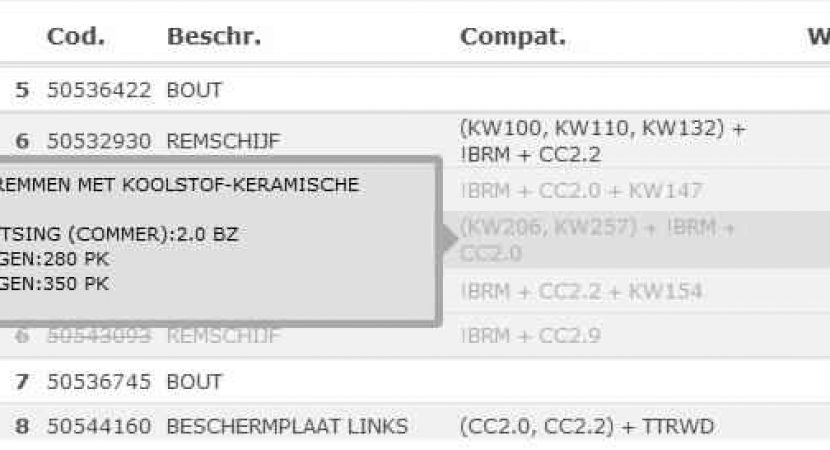 Alfa Romeo unveiled the all-new Giulia around six months ago, the entire lineup being already announced in Europe, the United States and Australia.

Now, the Italian carmaker has big plans for the model, as it is reportedly to introduce a new high-performance to the current lineup, in the shape of a 2.0TBi engine.

Even if the company has not officially confirmed the news, there was a Dutch tuning company called Squadra that had browsed Fiat Chrysler`s website and found, accidentally, the table that reveals the car`s new components.

Squadra tuning has also revealed on Facebook that it has no intentions of spreading the news about the car`s new engine, declaring:

“We are not really intended to spread new facts [about the Alfa Romeo Giulia]. But this is something we found remarkable. Surfing on the parts site of the Alfa Giulia, we stumbled upon brake discs for the 280PS model, but also for a Giulia 2.0 TBi with 350PS (257kW).”

Once arriving on the market, the new Giulia 2.0 Tbi engine will become the most powerful, standing side-by-side the carmaker`s 2.0-liter with 205 kW and 470 Nm of torque.

So far, the Alfa Romeo Giulia engine lineup comprises a petrol version consisting of a 2.0-liter turbocharged engine, with 280 horsepower, available at 5,250 rpm and 400 Nm of torque, while the diesel refers to a 2.2-liter turbo with 210 horsepower, available at 3,500 rpm and 470 Nm of torque. Besides the two versions, there is also a third variant in the shape of the ”Advanced Efficiency” variant, this one packing a 2.2-liter diesel with 180 horsepower and coming with a fuel efficiency of just 4.2L for every 100 km, while the CO2 emissions will be standing at just 99g/km. The sprint from 0 to 100 km/h is set to be done in a good 7.2 seconds, at a topping of 230 km/h. The top of the line QV comes with a Ferrari-powered 2.9-liter twin-turbocharged V6 engine, with whopping 375 kW and 600 Nm of torque, enough to deliver a sprint from 0 to 100 km/h in just 3.9 seconds, at a topping of 307 km/h.