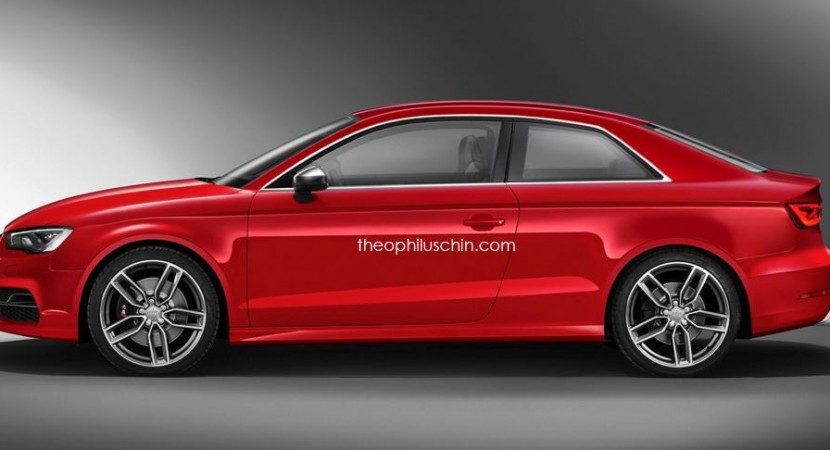 The Audi S3 in a coupe body style has been recently launched in a rendering, signed by the famous designer Theophilus Chin.

Even if the Audi German based automaker hasn’t announced its intention of launching a future coupe version of the S3 model, the rendering posted here is a mere visual exercise of how a future coupe would look like.

Perhaps the Audi carmaker might have to change its plans and become a little bit bolder, in order for the S3 model to cope with the already offered BMW 2-Series Coupe version, by launching a future coupe as well.

To go back, the Audi S3 model has already hit its dealerships worldwide, coming in a sedan and a cabrio version, both of them taking their power from a 2.0-liter four-cylinder turbocharged engine.

Even if the Audi S3 Coupe won`t see the day light soon, the good news is that the carmaker is planning an S3 Sedan Plus instead, which will fit between the present S3 and the new-gen RS3.