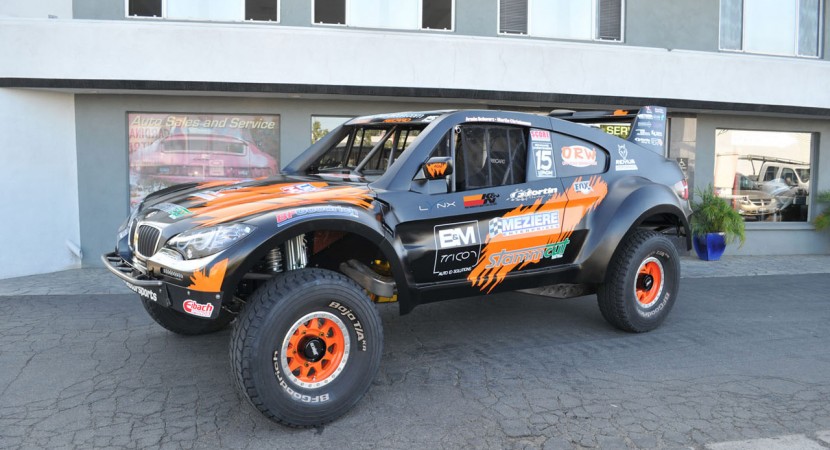 Lock up your children away unless you want them to cry for the rest of their life after having seen this, the BMW X6 trophy truck.

It’s not uncommon to see the reviewers and motoring journalists of the world call the BMW X6 ugly or worse but as far as the trophy truck version is concerned it’s simply out of this world. 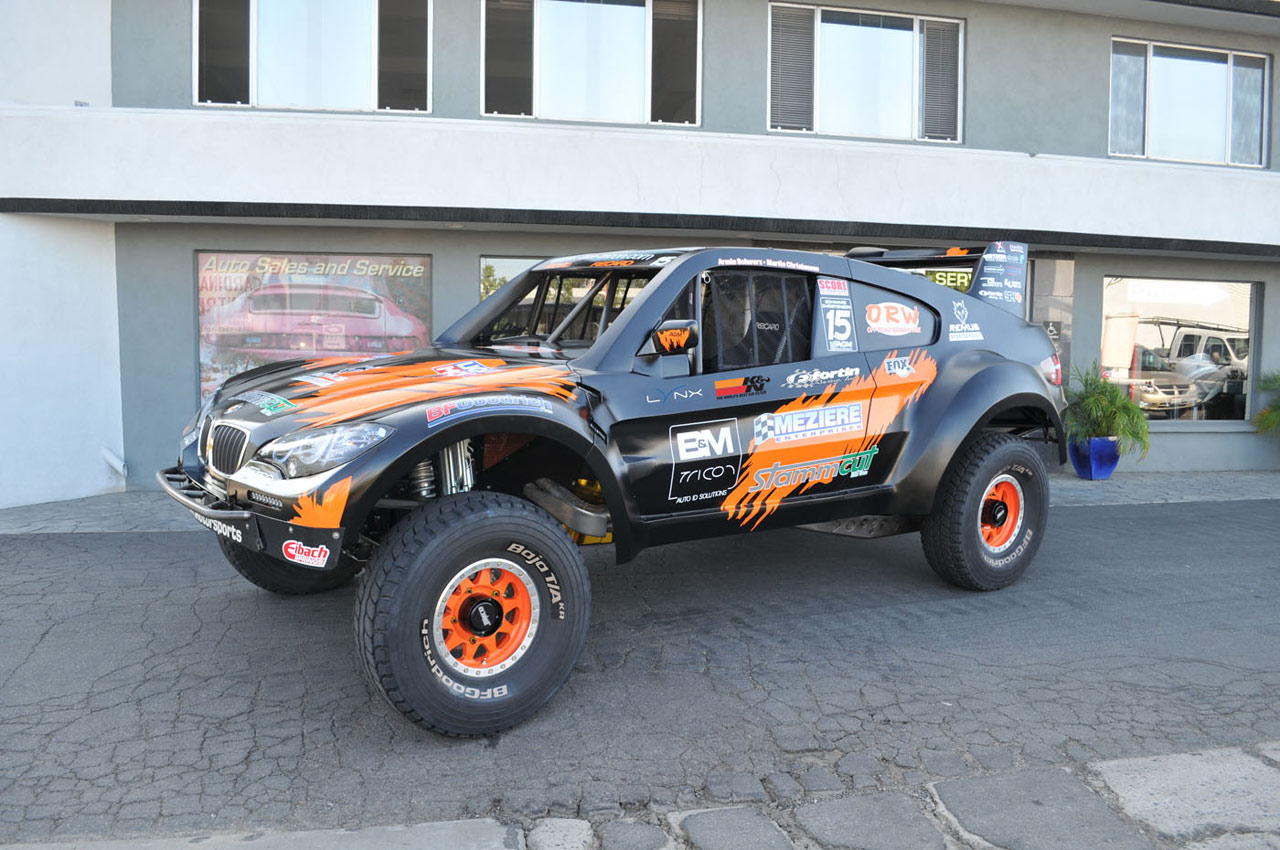 None of these strongly engineered stripped out desert bashing vehicles has at one point been considered beautiful or sexy but even here there are some limits.

Generally the vehicle resembles a pickup truck, an SUV, a dune buggy or some sort man made object.

The BMW X6 trophy truck however resembles a blob of alien vomit mixed in with some sort of distorted plastic, metal and some sort of park bench for a rear spoiler. 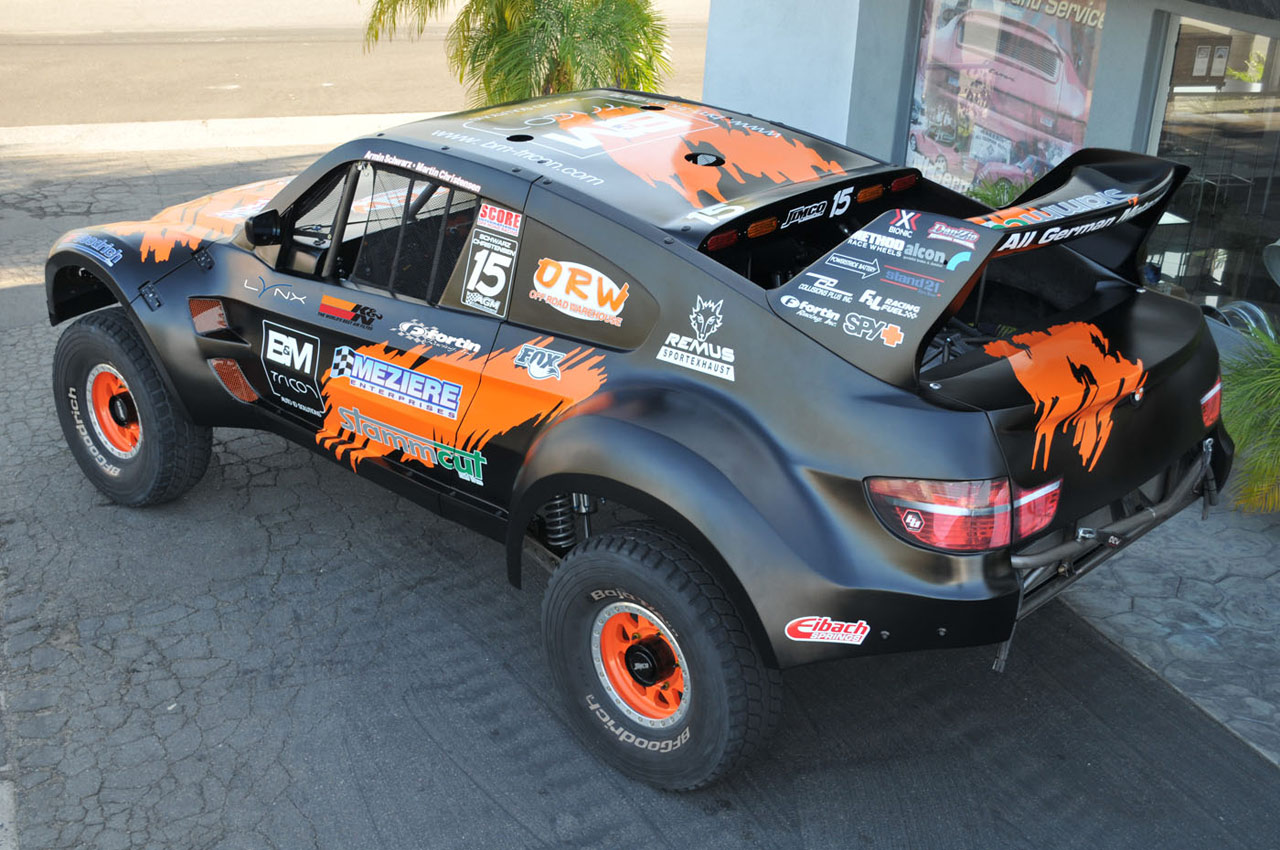 If you’ve got a strong enough stomach to get past this frankly shocking exterior presence, the BMW X6 trophy truck is quite the capable machine.

The suspension provides 25 inches of travel up front and 32 inches at the back, the tires come from BF Goodrich’ finest range of off-road options and everything else about the X6 is seriously beefed up.

Interestingly enough, there’s some controversy regarding the BMW X6 trophy truck’s engine, while we know it has a bavarian badge on top and a 4.4 liter V8 block it is said to have some sort of GM connection. 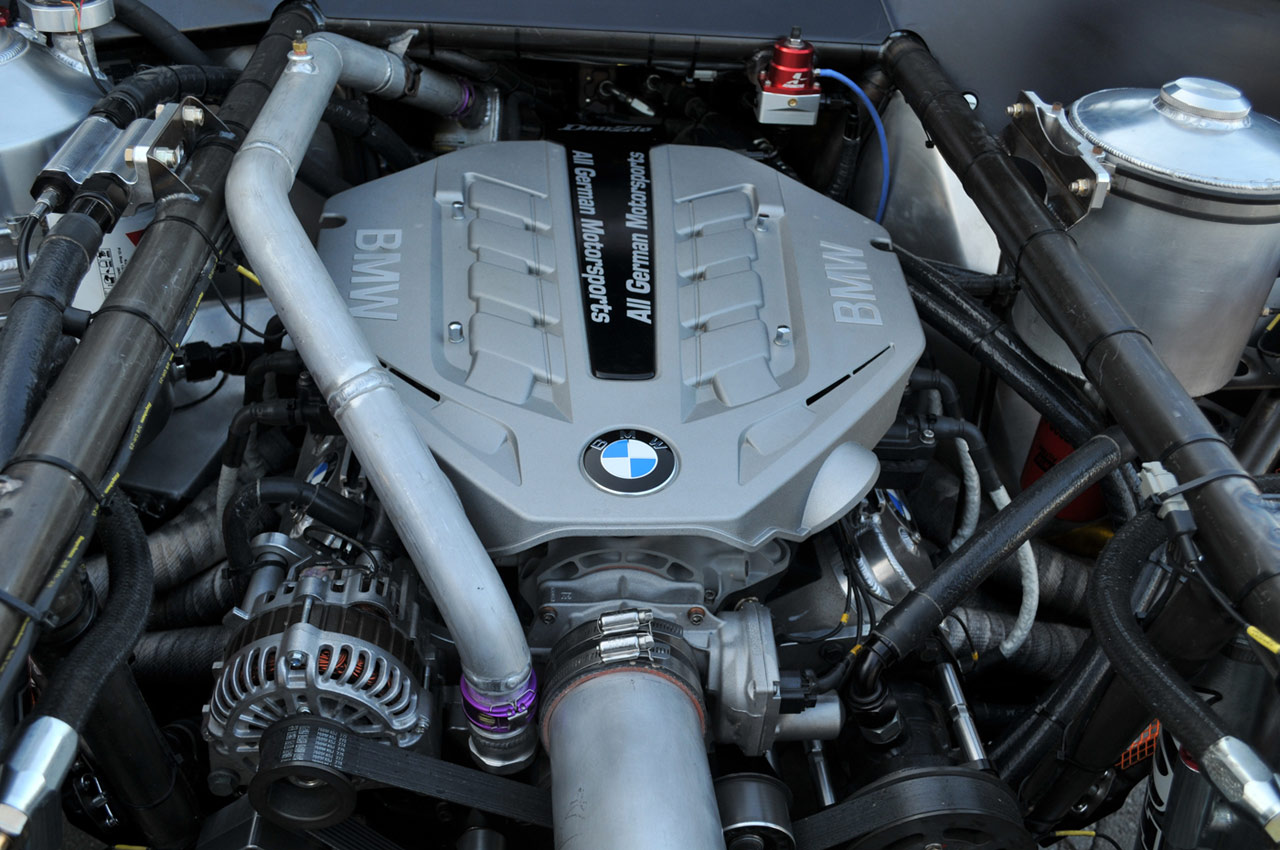 That said, the BMW X6 trophy is apparently rated at 750 horsepower, making for one very fast fugly truck.