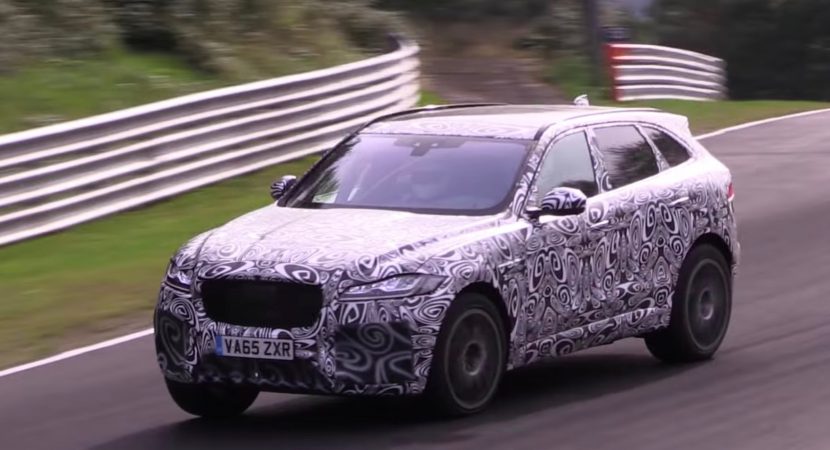 With the 2016 Paris Motor Show going on these days, the British manufacturer Jaguar is busy testing out different high-end prototypes that would spawn more powerful future models.

It is also the case of this mid-size SUV prototype seen here wearing camouflage around the body, a future V8 model that might become the new F-Pace R or the SVR. This comes shortly after the F-Pace`s debut on the market and would make sense for a hardcore R version to follow.

Even if the details are rather unkown, the Jaguar Land Rover would definitely name this prototype seen here the future ”R” version and according to rumors, and would come with advanced mechanics and a powerful V8 engine under the hood.

As for the mechanics, this powerful SUV is getting its fare share of tests on the Ring, the test mule also featuring upgraded bits, like custom bespoke suspension, massive brakes, and much more lightweight wheels.

As for the styling, the new SUV would look more evolutionary and will wear the company`s new signature, also visible on other current models. As for its arrival, reports state that the model would be release somewhere next year, with prices to be confirmed prior to its debut! Stay tuned for more details on the new V8 SUV!