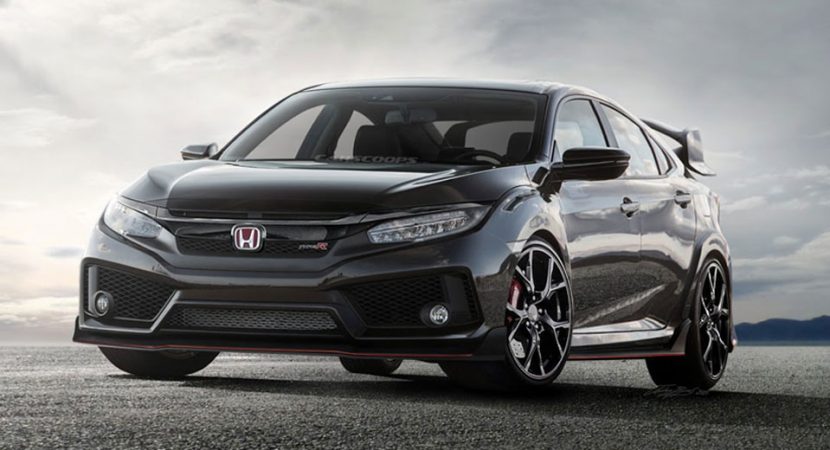 Even if the 9th-generation was released about a year ago, Honda carmaker is already planning the introduction of a new Civic Type R model, with a concept guise to debut at the 2016 Paris Motor Show, this September.

We have seen some test mules and prototypes of the new Civic Type R being tested around the track, all of them wearing full camouflage, which indicate some significant changes.

However, even if the prototypes were wearing an extremely evolutionary design with bold styling cues, reports indicate that the production version will be rather different, and only a limited number of models will look closer to the concept set for Paris.

Auto Express has also issued a report according to which the all-new Honda Civic Type R will come with an exotic design, with restrained elements that will make it even hotter; such elements may refer to more subtle front and rear bumpers.

The same report also suggest that the new generation of the Civic Type R would carry on the same 2.0-liter turbocharged flat-four banger, but with increase performance as opposed to the current model. We might be thus dealing here with around 340 horsepower, which is way too impressive than the present 306 horsepower.

The torque is also likely to jump from 400 Nm to 450 Nm of torque, allowing thus a sprint from 0 to 100 km/h in around 5.0 seconds. The power will be sent to the front axle via a six-speed manual transmission. More details will be revealed in September at the 2016 Paris Motor Show.