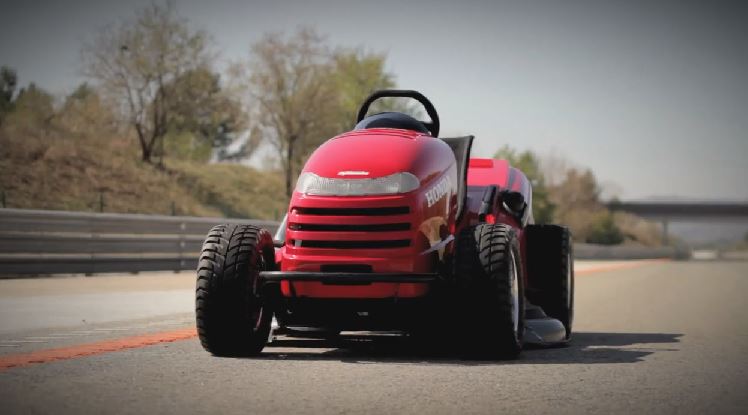 
The Honda Mean Mower is based on the HF2620 and comes equipped with a 1000cc VTR Firestorm engine taken from a bike and which delivers 109 Hp. Connected to a six speed transmission, the bike engine is capable of accelerating the mower to 92 km/h in just under 4 seconds. While the record run was set at 187.6 km/h, the Honda Mean Mower is capable of taking it further, with an estimated top speed of 209 km/h.