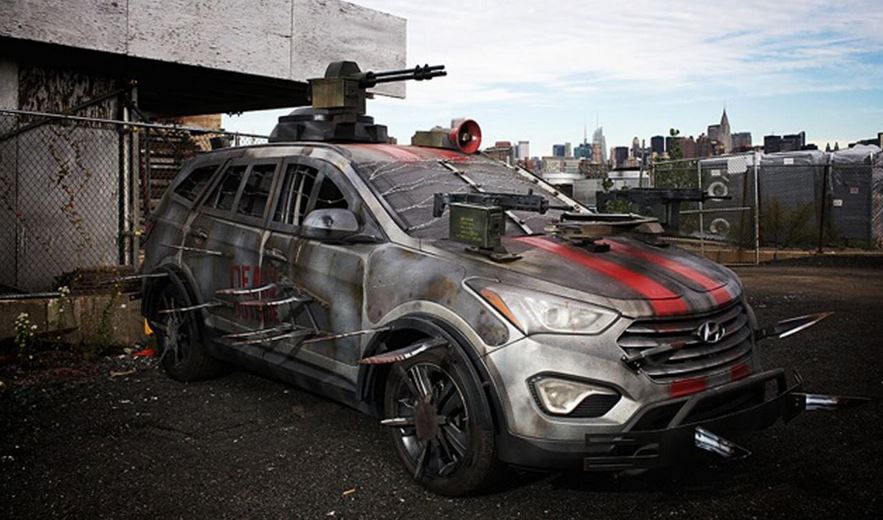 There have always been those who believe that human kind will eventually end up suffering in a form or another of Armageddon.

Top end of days scenarios on the internet today have to be the nuclear fallout or a zombie apocalypse.

As far fetched as the zombie apocalypse seems, there are a few people that are either convinced that such a future is certain or are at least fans of the said ambiance. You can usually find them at Comic Con or other gatherings of sorts. Going around talking to them, you will find out there are definitely a lot of things you can do to prepare, with emphasis on weapons, supplies and a suitable vehicle.


Such a vehicle would be a very interesting Hyundai Santa Fe, designed by Anson Kuo and built by Galpin Auto Sports. The one-off SUV was built as a tribute to the 10th anniversary of the Walking Dead comics, and has every tool you might need to kill them zombies. Three machine guns, heavy armor with a top hatch access, barbed wire at the windows, side blades, wheels blades and even an exhaust silencer.

Porsche Cayenne gets restyled by A. Kahn Design

Land Rover Defender does not have a future