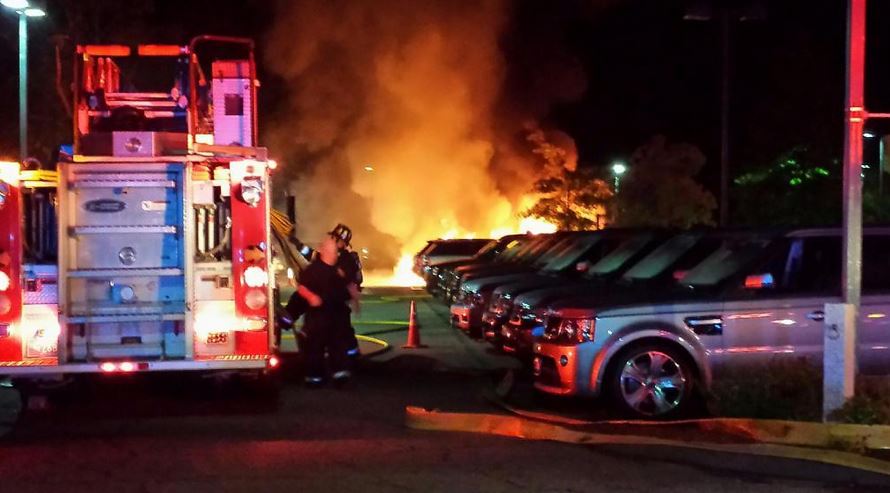 This morning, the fire at the dealership was reported by a driver and firemen arrived at the scene.

By the time they managed to put out the fire, a total of 20 cars were completely destroyed, with more suffering fire damage. The fire was so intense that some vehicles were burned beyond recognition. It seems that the gasoline tanks on several cars exploded, this being the reason for the extensive damage.


While investigations are still underway, it is likely the source of the fire came from the back, where repairs are usually performed. The only bright side to this is the fact that no human injuries occurred. With some luck, the insurance company will fork out the money for what was lost in the fire.