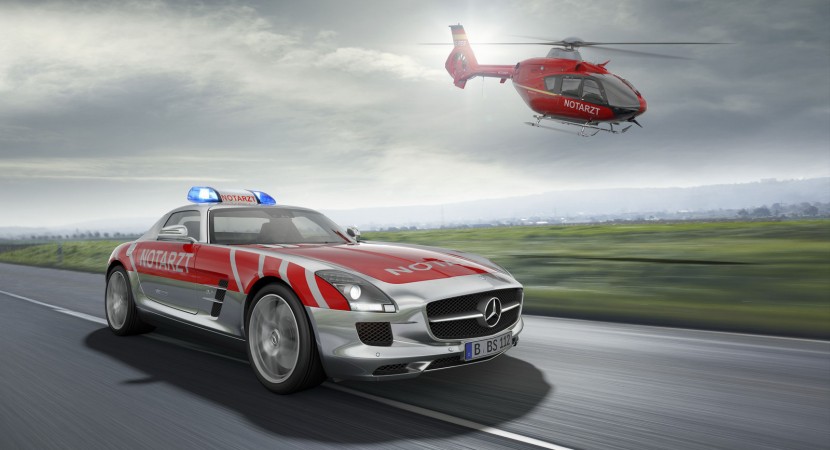 One of the most powerful and imposing models within the range of the German manufacturer gets a special attribution, Mercedes-Benz revealing a special SLS AMG prototype specially fitted with equipment for emergency medical interventions. 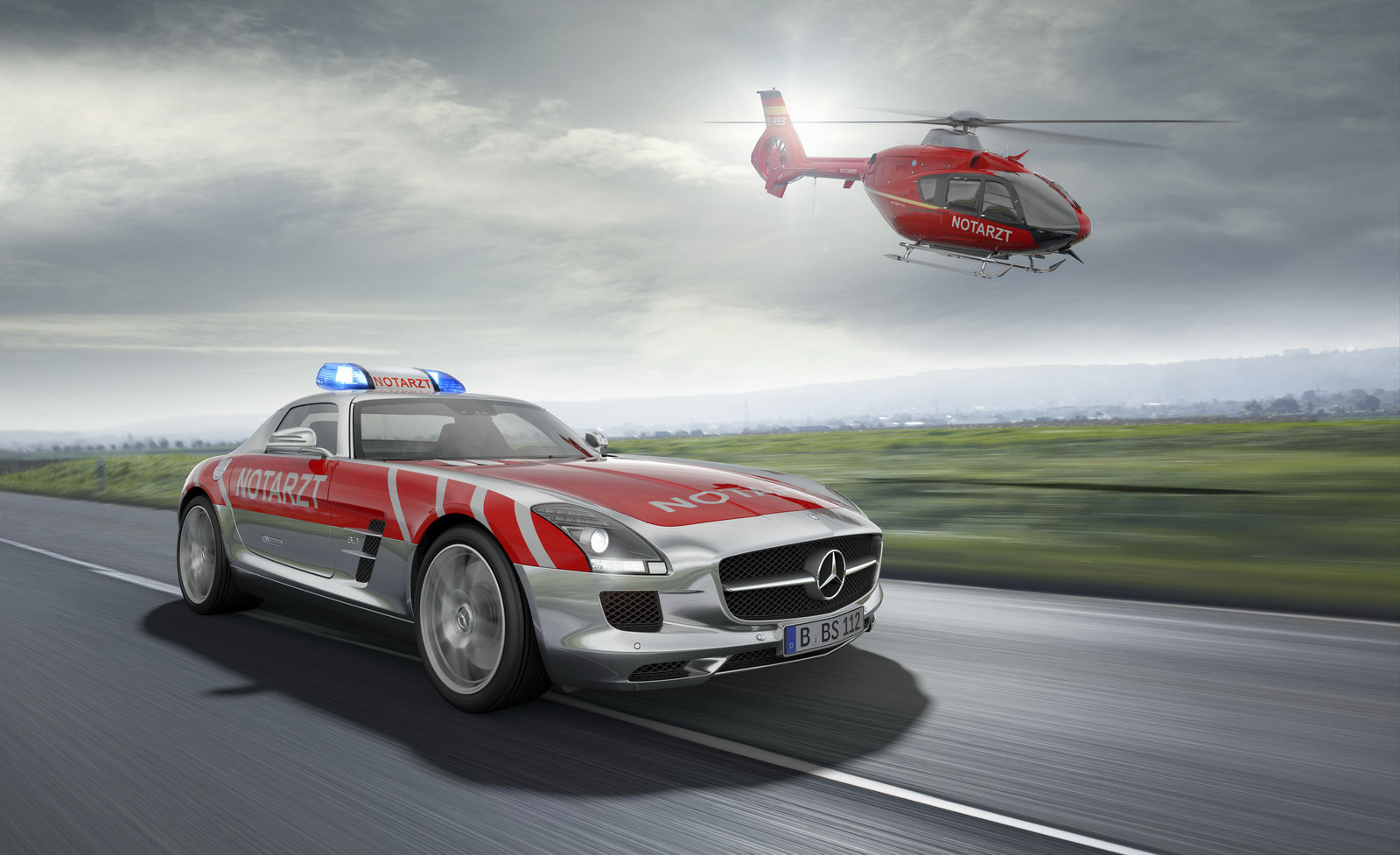 Unfortunately, the Germans released no official details about the performance or the special equipment that fits the model, underlining that this is just a study and for now a series production is not possible. However, it’s hard to think that anyone would buy a fleet of such a highly-priced model mainly considering that it’s a two-seater and it’s not too spacious for this job.

Even so, Mercedes stated that the prototype will be unveiled at the 2011 RETTmobil in Germany, an event which starts tomorrow and lasts two more days.

As we can see, the Mercedes SLS AMG Emergency Medical Vehicle gets special exterior graphics and a flashing light. Even the Mercedes SLS AMG won’t be too good as a medical vehicle due to the reasons told above, let’s see the opinion of the Germans at the unveiling ceremony these days. If new details will come from the German event, we will tell you for sure.