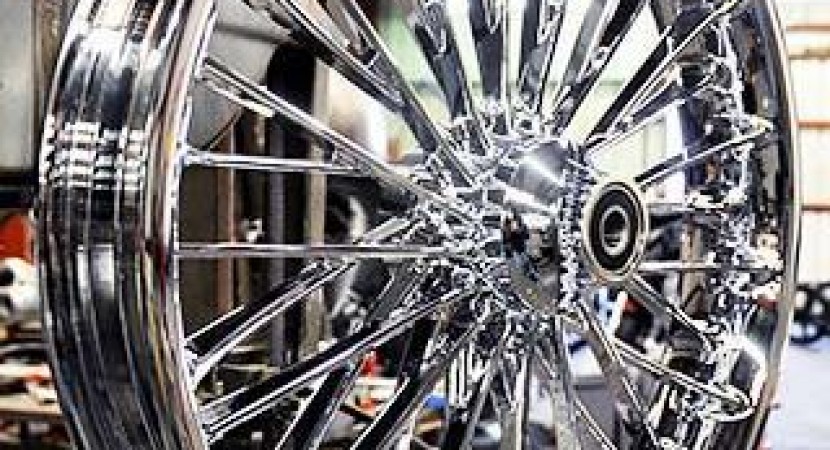 In every domain, there are those that like to push the limits, and while most of the time, the results are ludicrous or at least far ahead of their time, sometimes they manage to shoot to the top thanks to their vision.

Such seems to be the ideology of Metalsport, which deemed necessary they build a 32 inch wheel for bikes. 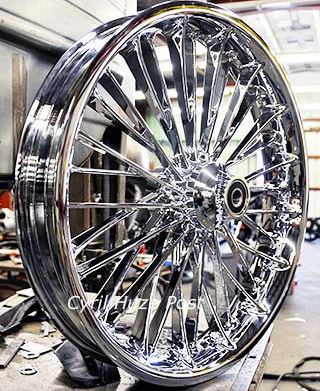 Last year, a 30 inch wheel made its debut in the industry, and at the time I thought that was just plainly stupid (an opinion that hasn’t changed), but it seems they took it a step further, and thus the Corleone (as the wheel is called) took shape. The practicality of such a design can be swiftly dismissed, and anyone trying to argue otherwise has a very weird taste in bikes.

The world’s first 32 inch wheel will be presented at the 2014 Cincinnati V-Twin Expo, and beside the Corleone model, the builder plans to present two other models. As you would imagine, such wheels will require custom tires, so the manufacturer negotiated with Vee Rubber Tires and obtained exclusive rights to 30 and 32 inch tires.