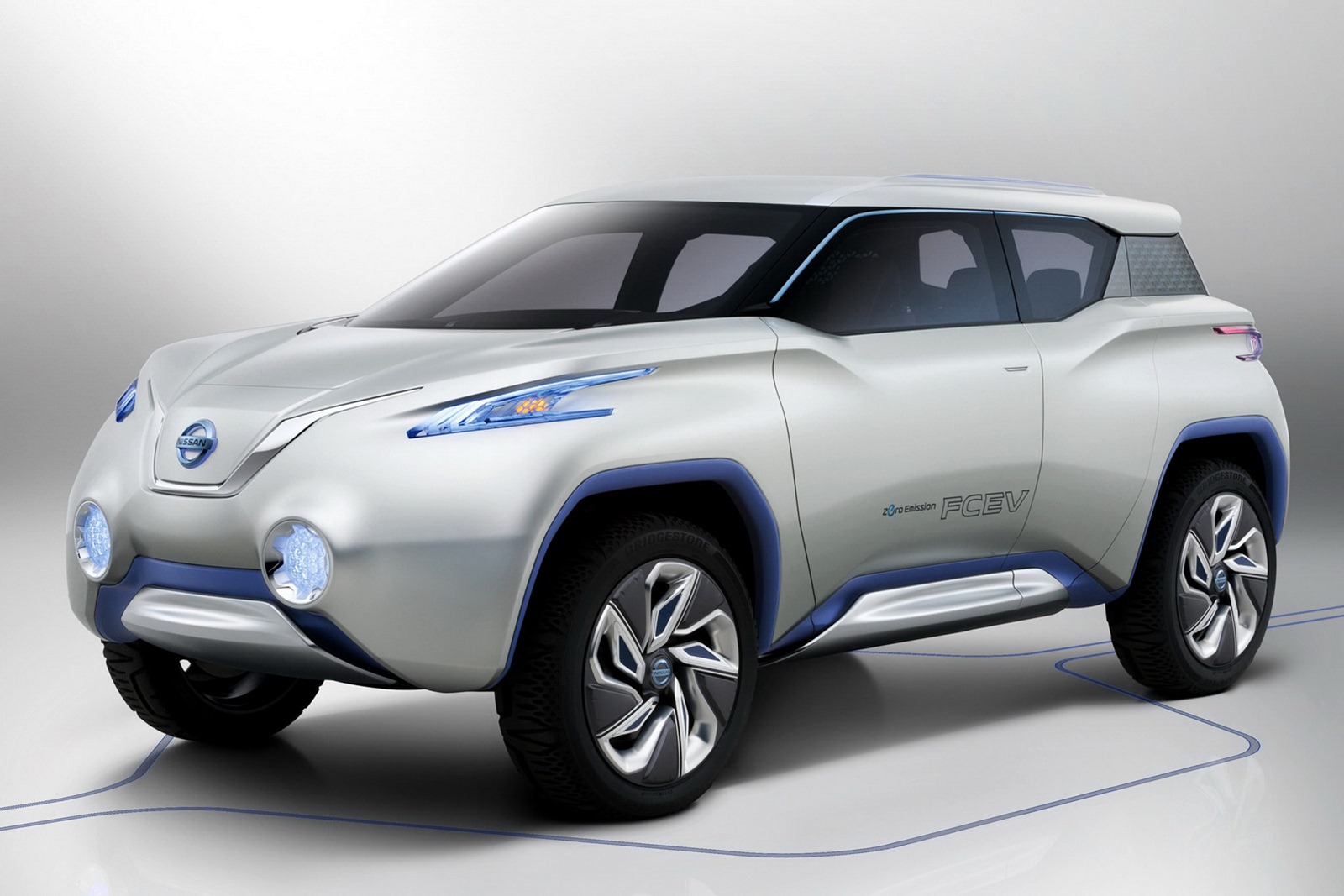 Nissan’s stand at the 2012 Paris Motor Show will contain this new concept, one they call the TeRRa. Aside from the unusual letter format you know what’s about to happen when a car gets such a name.

There’s going to be a lot of Mother Earth stuff going on, everybody will have a deeply pious attitude towards the environment, our future, our children… and so on.

If you want to know the gist of the Nissan TeRRa, you should think of it as a car the size of a Qashqai, with funky styling from the Juke and the powertrain from a Nissan Leaf.

Not enough for you? Let’s go the Nissan route and speak about the revolutionary products that could be inspired by the TeRRA concept.

As much as they love talking and praising cars like these, even Nissan admit that the new EV SUV/crossover concept isn’t ready for off-road adventures.

Aiming to conquer the urban jungle, the Nissan TeRRA runs on that exclusive future fuel, hydrogen. The same engine and battery setup as the Nissan Leaf can be used when you’re running out.

Truth be told, the idea of using a hydrogen fuel cell as a sort of range extender is quite the clever idea. Essentially, you’re mixing two technologies that are green.

The batteries are obviously not going to be a long term solution but in the long run you will always be able to fall back on good old H2.

Maybe Nissan don’t deserve all the hate I immediately felt when I saw this car.