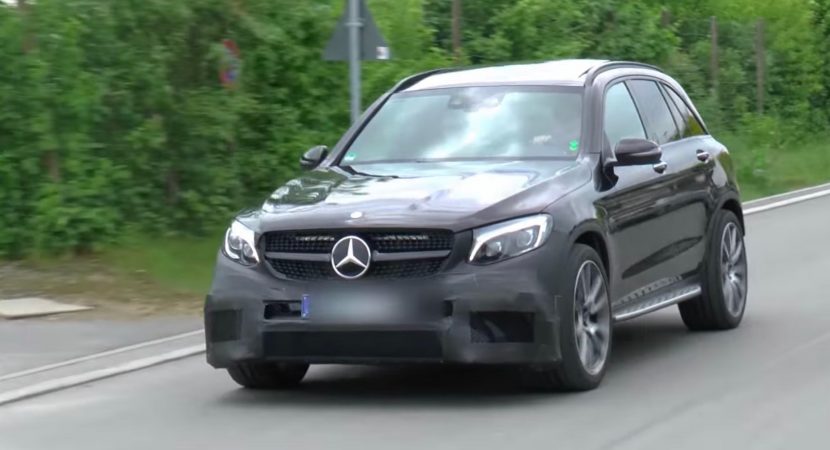 Mercedes-Benz stated more than five months ago that it will shift its manufacturing policy towards a more upright strategy which will revolutionize its entire segment, and cannot do that unless it develops more and more models under AMG`s direct supervision.

One of the upcoming models that is going to set the benchmarks in the segment is no other than the highly-anticipated Mercedes-AMG GLC 63, set to officially arrive at the 2017 Geneva Motor Show, in March.

Seen here in new spy videos, the model is wearing less and less camouflage, which implies that the flagship is almost ready for its final form. Once arriving on the market, and just as the name suggests, it will be mega-powerful with its V8 engine, and will deliver the best performances in its class.

Besides the revolutionary design and the new platform co-developed with AMG, the model will not only be bigger, but it will be wider enough to accommodate enough space inside for passengers and their commodities, not to mention a whole list of updated mechanics and high-tech features inside.

But the car`s main highlight will be the monster power underneath its skin. Since now, the previous generation used a V6 module; even so, it turned out to be left without any real competitors; yet, with the big turn to a V8, this will turn it into an absolute ride.

Performance wise, the all-new Mercedes-AMG GLC 63 V8 will come with the high-performance 4.0-liter twin-turbo, the same used on other hot models, developing at least 375 kW and most possible, 430 kW. This would make its direct competitor, the F-Pace with its V8 and 375 kW, just a small child, especially in the performance area.

The powertrain is set to be paired to a seven-speed automatic transmission borrowed from the C 63, which in conjunction with the car`s 4MATIC all-wheel drive will develop a sprint from 0 to 100 km/h in less than 4.9 seconds.

Even if these are just words in the winds right now, we will be able to get full information in the months to come, meanwhile, take a look at the two spy videos with the new Mercedes-AMG GLC 63 V8 on the track!