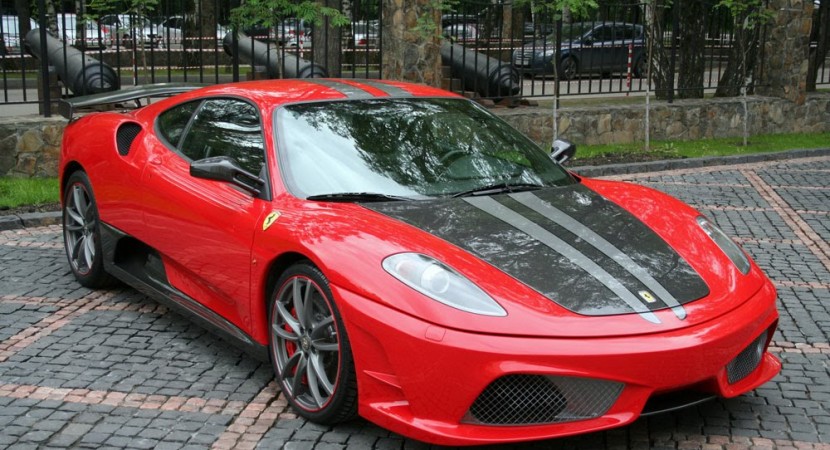 Now, before we set of I have to say the Russians over at tuning company, Status Design were in some sort of meeting when they had some serious… protocol drinks and then they got to the Ferrari 430. 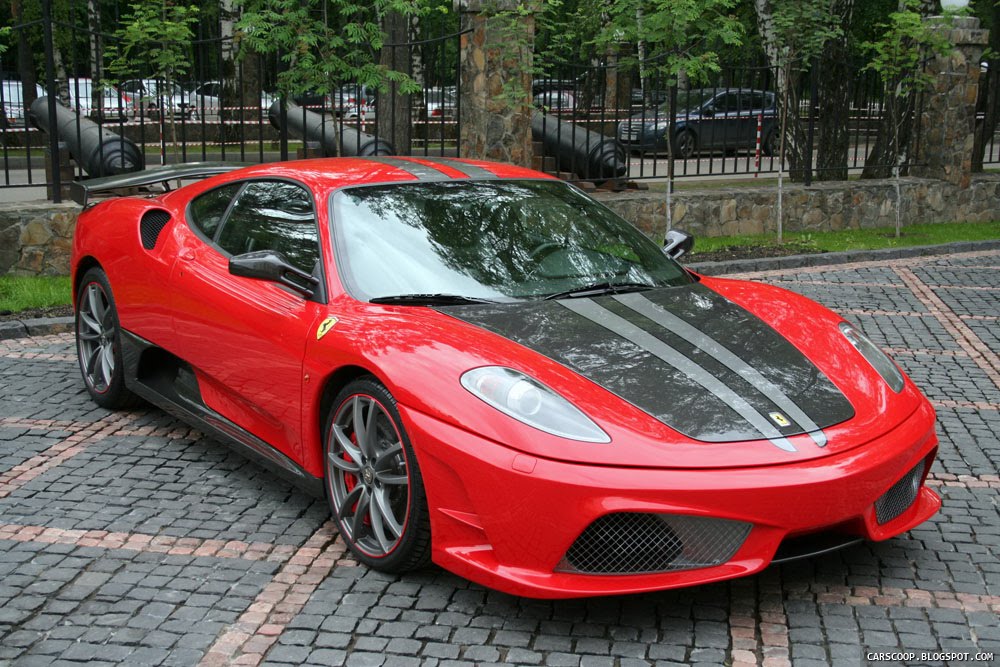 And when they got to it and looked a bit at the spec sheet they must have started laughing and said to themselves, these Italians are weak, let’s show them how it’s done.

To this respect they went straight to the heart of the problem, the 4.3 liter V8 engine, fitted it with new air filters, a new exhaust system and then remapped the ECU. These changes didn’t make much of a difference. I mean, power output went from 490 to 525 horsepower but somehow they said this car needed more. So more it got, as an option you can get a supercharging kit made by Novitec which should nicely round up the power figure to a meaty 700 horses.

The Italian supercar also gets a new brake system with ceramic discs and alloy wheels from the F430 Scuderia in a dark-blue finish with a red-colored outer rim. The exterior bits include a front bumper with an integrated carbon lip and a rear bumper with a carbon fiber (both from the Scuderia), as well as carbon fiber mirrors, side skirts, rear wing and hood. The Scuderia-like racing stripes complete the package.

To be honest, I’ve yet to make up my mind about the styling but I do think they got a good idea off the drawing board. They made a Ferrari that’s almost fast enough to outrun bullets.

That’s useful in certain parts of Russia. And Italy for that matter. 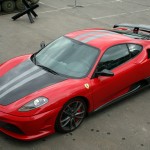 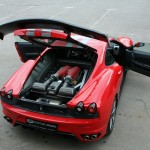 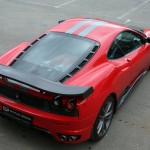