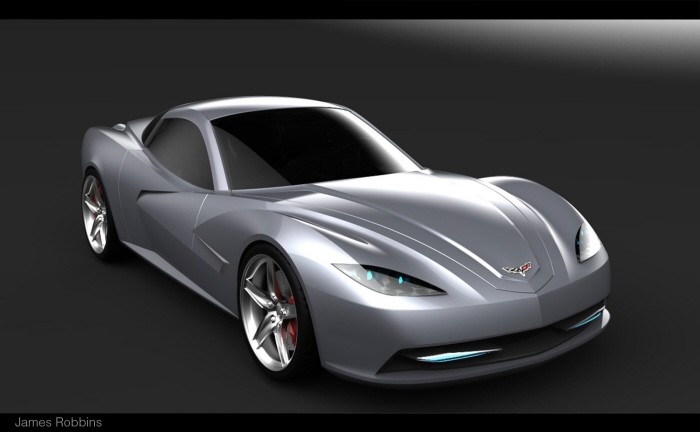 As everybody knows, before getting to be employed and actually doing the design of a car, no matter what car that may be, you have to go to college and study design.

During those important college years people tend to be bored and create stuff like we have here; a rendered view of a design student on the Chevrolet Corvette C7.

The student in question has quite the vision. His take on the C7 Corvette looks amazing. From most angles we see one stunning supercar.

The sides are a bit shabby, but the rest is far from dull. The creator of the Corvette C7 renders we have here is called James Robbins and I really like his thinking.

However, while I like it, it’s not exactly the best case of a possible real life Chevrolet Corvette C7 to be this way.

Why? Simply because from some angles this looks too futuristic and from other angles the Chevrolet Corvette C7 render available simply doesn’t have enough heritage in its design.

People will want a Chevrolet Corvette to be more conservative in design and by that I mean people want to see the previous generations somewhere in the details.

Even so, I think it’s great work and that Robbins has some future in the design world.