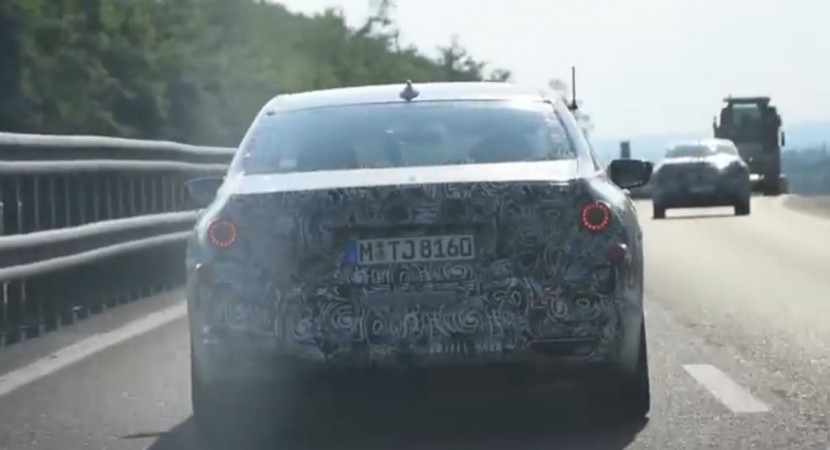 The upcoming BMW 7-Series is in the spotlights again, this time with the model caught on camera while undergoing some tests on the road.

The video with the 2015 model 7-Series riding alongside the M5 Touring, is showing the vehicles wearing some black and white camouflage while being on some road tests.

These are actually some tests mules taken with the 2016 BMW 7-Series, which is a clear indication that the presence of the model on the roads will be sooner than we might think.

But there is still a long way to complete the tests before reaching the final act, as the 2015 BMW 7-Series must be prepare to face its hard competitor from the Mercedes-Benz`s S-Class, which is ready to hit the market as well.

The 2015 BMW 7-Series is expected to be officially unveiled at the 2014 Paris Motor Show, this October, and if it will be successful, it will be aimed particularly at the business segment.

Until then, enjoy the short footage with the black and white camouflaged 2015 BMW 7-Series model.