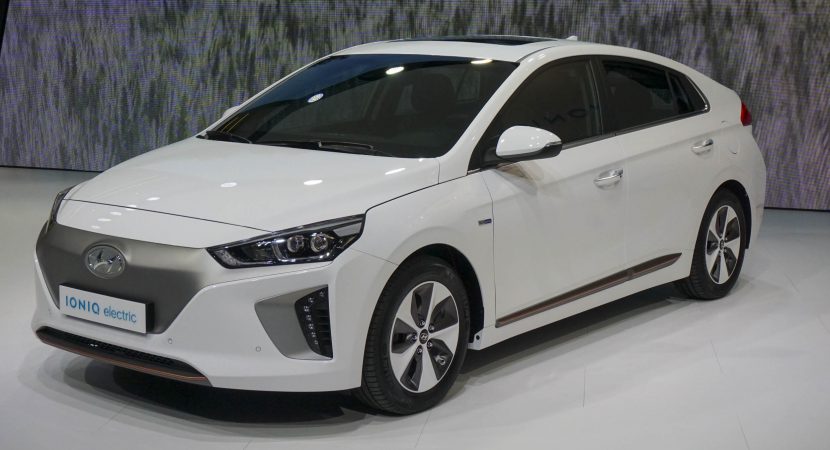 The South Korean based carmaker Hyundai unveiled the all-new Ioniq at the beginning of the year, the model already standing out with impressive characteristics in terms of performance. But not an average performance, as the hybrid version recently managed to set a new hybrid land record.

Now it is time to see the full-electric version at work, the model coming with an impressive estimated range of 124 miles.

Even if all three versions – the Hybrid, Plug-in Hybrid and Electric Vehicle – are set to debut on the United States market starting next year, the lineup has already made a good impression. Following the hybrid`s success, the EV is also in our attention with exceptional driving capabilities.

The Ioniq EV will be officially unveiled at the 2016 Los Angeles Auto Show and is expected to come with 124 mile range, with the carmaker planning to increase the range to more than 200 miles by 2018. This way, it will bring it much closer to the Chevrolet Bolt, which currently comes with 238 miles.

After the introduction of the Hyundai Ioniq in the United States, the carmaker is also planning to introduce around 28 units by 2020, out of which 10 will be hybrids, 8 will be electric vehicles and the other 8 will be plug-in hybrids. The extra two will be built with fuel cell powertrains.

Concerning the company`s plans, Michael O`Brien, Hyundai Motor America Vice-President of Corporate and Product Planning, has also stated during a meeting with the media:

“We know that electrification is the right way to go, irrespective of what we each look for in a vehicle.” Full details with all three Ioniq versions will be released later on!