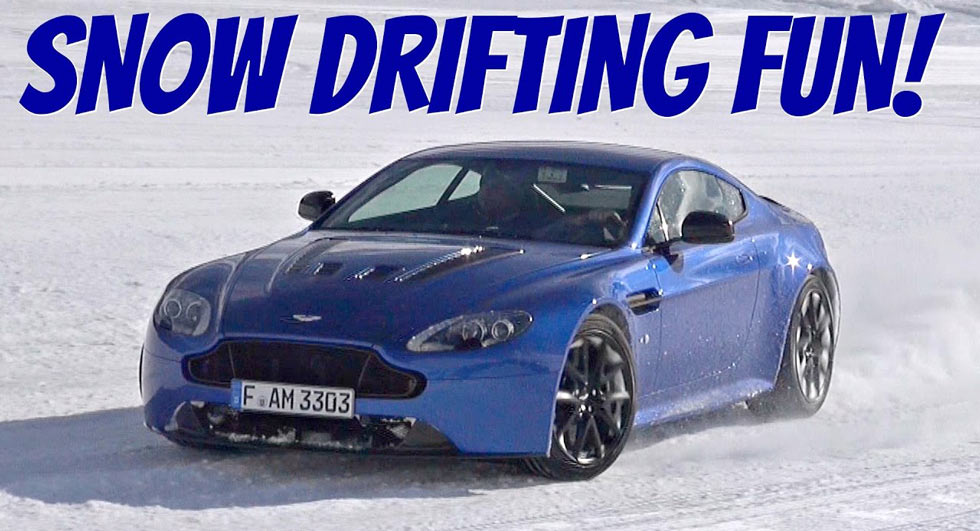 In case you doubt the drifting capabilities of a massive sports car like the Aston Martin V12 Vantage S – which is by the way one the most powerful Aston Martins ever created – then you should take a look at the video below, which is showcasing such a doubtful possibility.

And while some carmakers are downsizing the powertrains of their sports car for increase downforce, others remain faithful and want to keep things as simple as they can.

I mean, what is the fun of a drifting session if you can`t do it with a massive engine underneath your heavy model, as the Vantage S is right now! Even so, the challenge is serious, but the Brits know their business.

To understand the sheer force of this brute, we have to have a short look at the car, which is, by the way, much faster than a Lamborghini Huracan (330 km/h on board), coming as well with an impressive acceleration.

In case we made you curious enough and want to see it in action, then just grab a beer, close the door, up the volume and hit the play button! You are about to be blown-away! Also, don’t forget to let us know if you were impressed or not! I was!

McLaren 720S Caught on Shot, Will Come with Massive Power

Video: How about Taking the 2018 Lexus LC 500 Coupe for a Drifting Session?