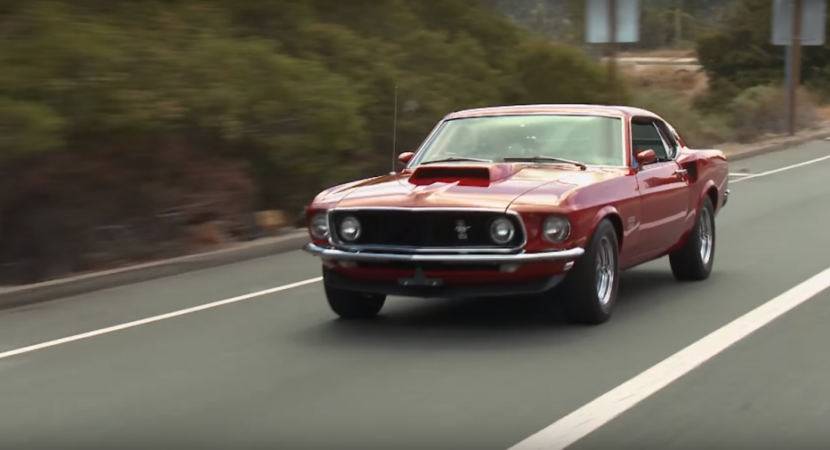 We all know Jay Leno`s appetite for exquisite and rare cars and his latest acquisition is this full-restored 1969 Ford Mustang Boss 429, which is considered one of the most iconic muscle cars from Ford manufacturer.

The TV star is also seen in the video below, a 19 minute fun drive which highlights Leno`s joy behind the wheel. The video is part of Jay Leno`s Garage YouTube series.

As for the 1969 Ford Mustang Boss 429, the model was first bought for just $4934.76, being built under Car Craft.
It originally came out with a bespoke front end, front spoiler and hood scoop which looked extremely sporty at that time. The model also had tweaked features and the distinguishable Boss 429 badge.

Over the decades, the Boss 429 has suffered other modifications as well, especially under the hood, where the American muscle received a massive 7.0-liter semi-hemi / shotgun V8 engine, with 375 horsepower and 450 lb-ft of torque, which at that time, was extremely impressive.

The muscle car was also projected for NASCAR racing, so it had to be modified to meet the necessary requirements. This means that some of the parts had to be redesigned.

We will not spoil the fun and let you drive the car yourself through Jay Leno`s eyes, who also thinks that the 1969 Ford Mustang Boss 429 is indeed a “very impressive car”.