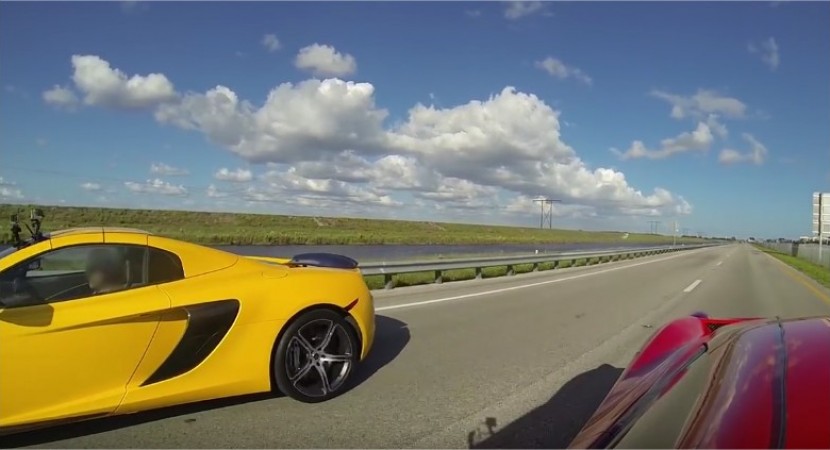 I have always loved watching supercars in drag races ever since I was a little child, but now I have the chance to present you folks with one of the most iconic race I have ever seen in my whole life: a Mclaren 650S Spider running against the Ferrari 458 Spider.

Two supercars are facing the tough drag race showcased below and no matter which car you fancy, you have to be aware that the dices are sometimes rolling the exact opposite way.

If we take a look of both supercars, we might find sheer power and above all, impressive performance figures, which is the most important factor in a drag race.

On the other hand, the Ferrari 458 Spider runs the same straight line in the same 3.0 seconds, at a top speed of 340 km/h. It takes its power from a massive 4.5-liter naturally aspirated V8 mill, with 562 horsepower and 540 Nm of torque.

Having this said, place your bets on the best and then watch the video to see if you have won or not! Enjoy and don’t forget that your opinion does count!