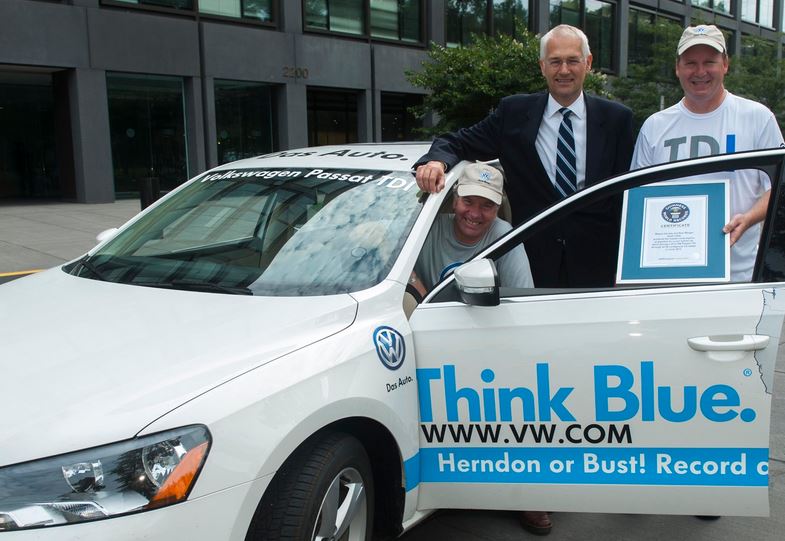 Volkswagen has been investing heavily in its engines in the last period. And the goal is not to obtain more power, but rather to achieve better fuel efficiency and lower emissions.

And all that effort is paying off. Not only are they on track to reach the Euro CO2 standards imposed by 2020, but they also managed to grab a world record with their TDI Passat model.

As a non-hybrid car, the Passat managed to get a 3.01 liters/100 km fuel consumption while driving through the 48 US states. This new record is a 0.45 liters/100 km improvement over the last one, which is quite a lot and shows how far Volkswagen TDI Clean Diesel vehicles have progressed.


And while the technology did help a lot, fuel economy is also obtained through the driving style. Volkswagen shared some tips on that subject, too. If you want to get close to the record set by the Passat TDI, try using downhill momentum to help you get up on the following uphill part. Also, in a city environment, try to coast through the intersections, rather than accelerate and brake heavily. A final tip would be to obey speed limits, as increase in speed ramps up fuel consumption quite a lot.

Lotus C-01: the first ever motorbike from the company