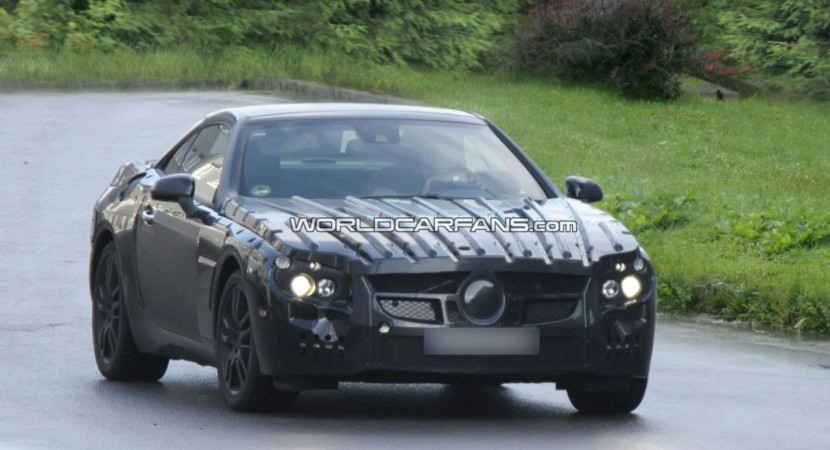 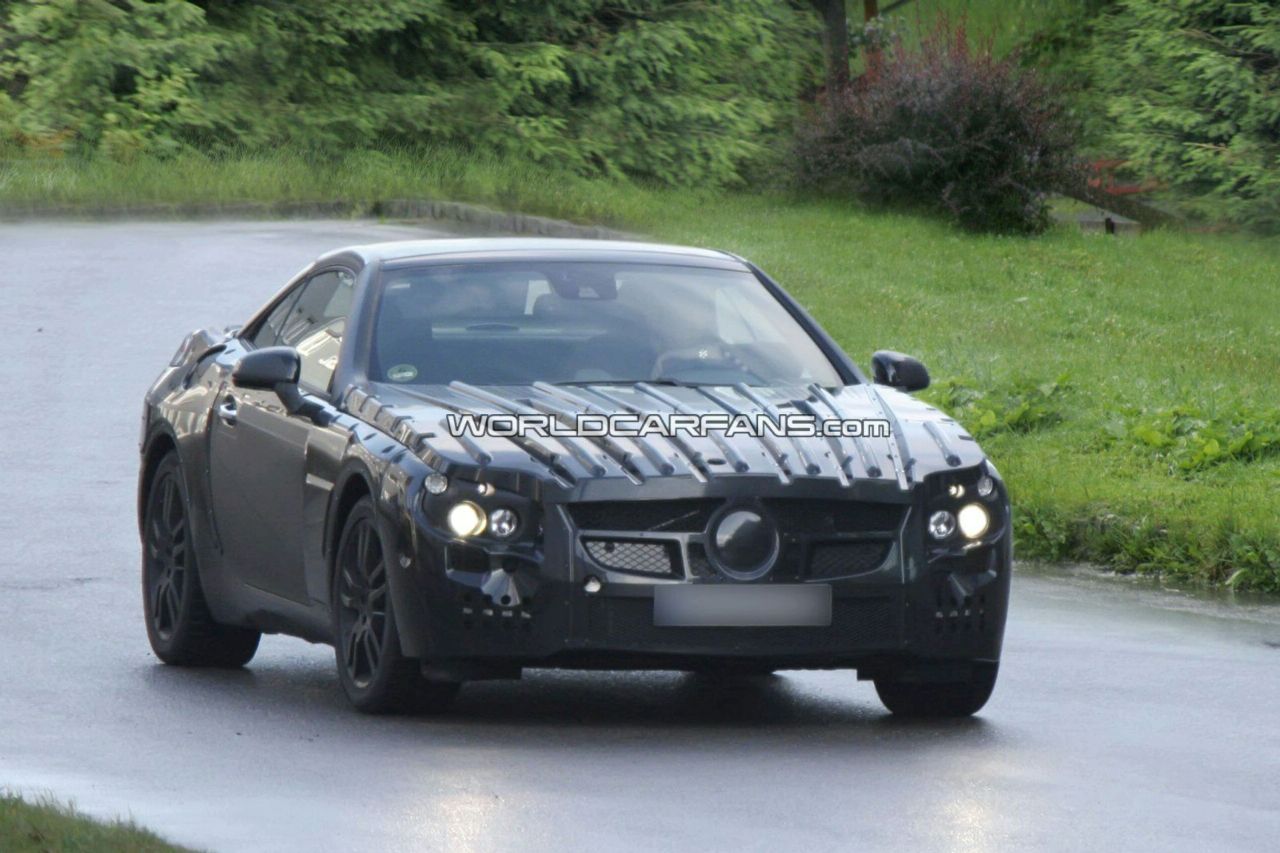 First I have to tell you that I have noticed an interesting thing at the spy photos with Mercedes-Benz cars namely that when they are testing prototype like this 2013 Mercedes-Benz Sl-Class, they are putting on them thick plastic and also sticker camouflage accessories so that when we see such a car, we can’t say that they are looking good, I can even say that this car is ugly but I know that I’m wrong.

This new 2013 Mercedes-Benz Sl-Class will start to be sold probably in 2012 or 2013 but at the moment it remains just a prototype so during the time until the release date, may have place a lot of changes.