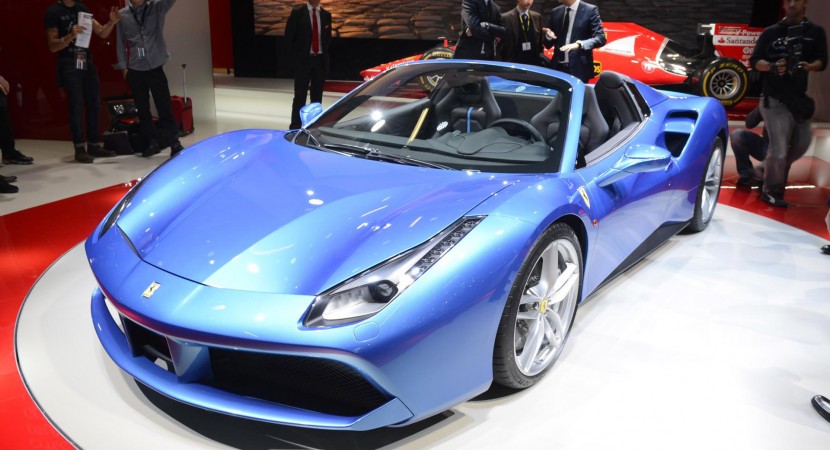 The 2015 Frankfurt Motor Show is the host of a lot of important automakers that have publicly displayed their latest models, concepts or exclusive hot rides. Ferrari is no exception, the Italian supercar maker revealing the soft top version of the furious 488 GTB, which is the Ferrari 488 Spider. The model will debut as a 2016 year model and from a mechanically point of view, will share some bits with the Ferrari 458 Spider, left to rest in a dusty garage some time ago. Other body parts are shared with its hard top GTB version, but some other elements make it quite unique.

First off, the Ferrari 488 Spider is sharing the same aluminum spaceframe architecture with the 488 GTB, along with other features like the active aero components, the seven-speed dual-clutch transmission or the Side Slip Control 2 handling system.

Second, the 2016 Ferrari 488 Spider comes with unique features, such as the retractable hard top, as it unfolds backwards in just 12 seconds and provides a better air flow at high speeds, without affecting the car`s performance. Another unique element is the distinctive air vents on the rear deck, which helps the engine cool down by generating more air around it.

However, there are some similarities with the outgoing Ferrari 458 Spider, such as the 11 different aluminum composites which strengthens the chassis` rigidity. Inside, Ferrari has also worked on the passengers` comfort, equipping the convertible with a glass wind deflector in the back, which offers more space when driving with the top off.

Under, the hood, the Ferrari 488 Spider is packing the same 3.9-liter V8 engine found on the 488 GTB sibling, with a twin-turbocharged configuration that outputs 660 horsepower and 760 Nm of torque. This should be enough to sprint from 0 to 100 km/h in an impressive 3.0 seconds, at a topping of 320 km/h.

No prices have been yet revealing, but in the meantime, feel free to enjoy the video and the photo gallery with the Ferrari 488 Spider debuting at the 2015 Frankfurt Motor Show, and don`t forget that your opinion does count! 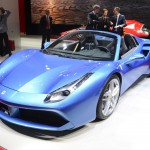 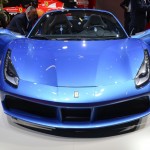 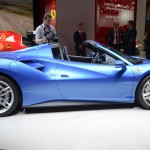 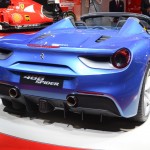 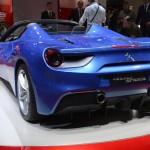 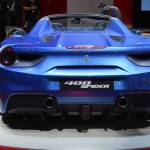 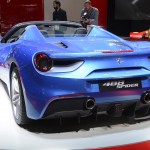 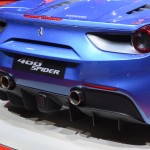 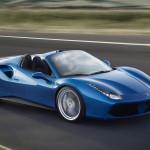 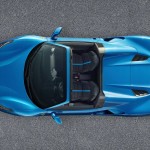 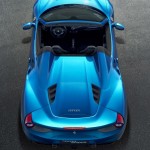 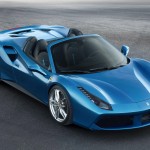 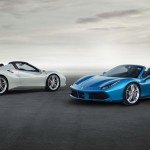 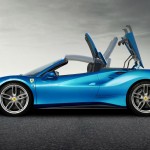 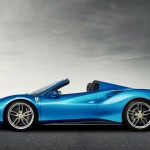 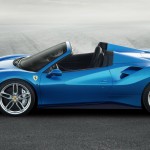 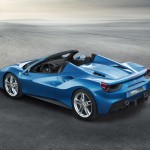 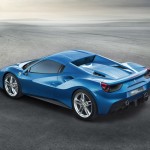 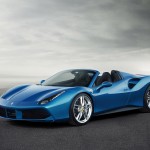 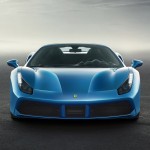 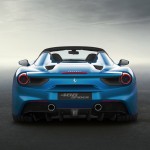 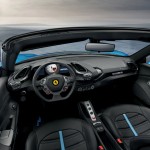 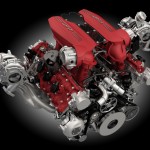