2015 Frankfurt Motor Show: Bentley Bentayga Is Out of the Box 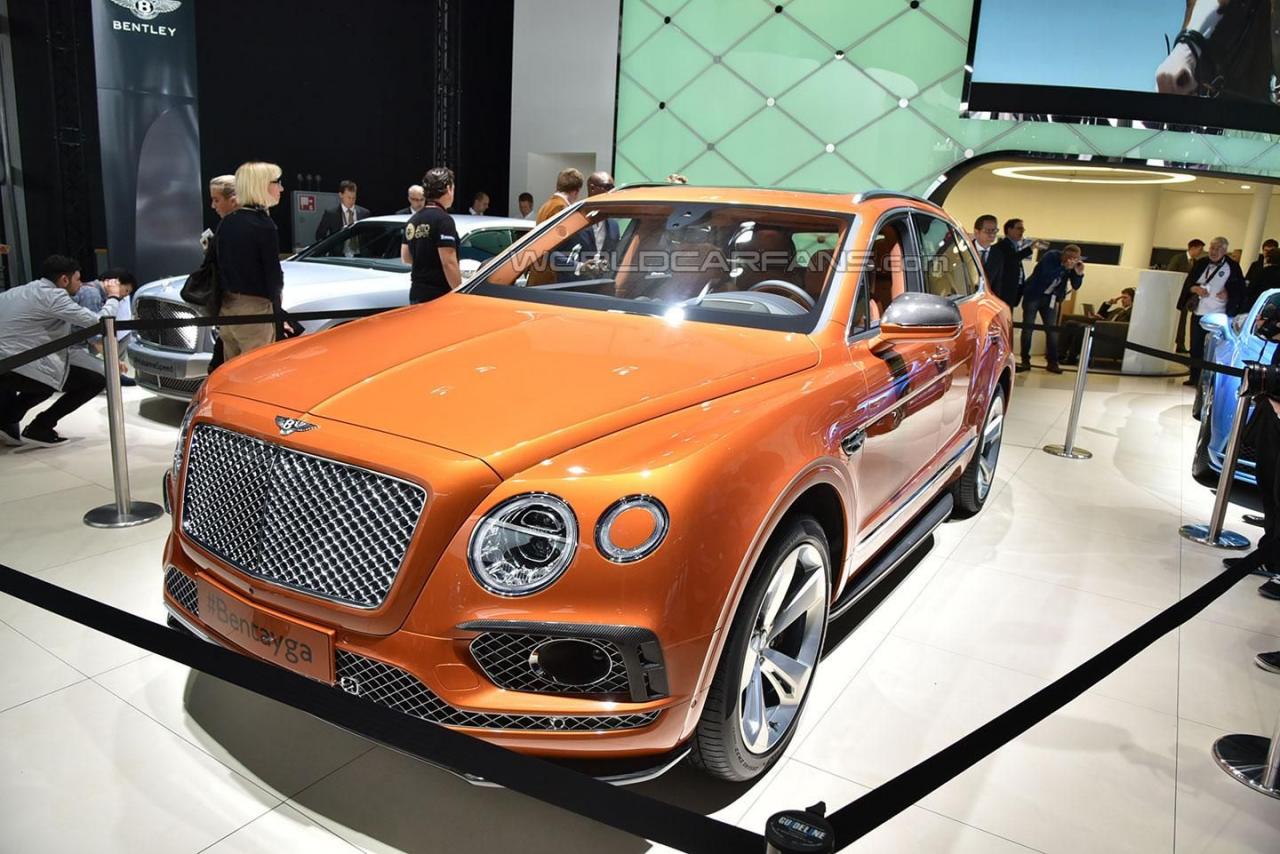 The Bentley Bentayga was the most anticipated SUV from the British carmaker and the 2015 Frankfurt Motor Show was the perfect opportunity to see it out of the box. The first SUV ever built by Bentley is indeed one of the sensations presented so far in Frankfurt.

The Bentley Bentayga is based on the EXP 9 F Concept, coming with a bulk and menacing design, yet featuring an evolutionary body language. This is a clear sign that the carmaker has a lot of experience in building new vehicles that would pass the test of time.

But apart the daring exterior, the Bentley Bentayga is said to be one of the fastest SUVs ever built on the market, as it packs a 6.0-liter W12 twin-turbo unit, with 608 horsepower and whopping 900 Nm of torque, with the power to be sent to all wheels via an 8-speed automatic transmission. That isn`t all, as the performance figures are also astonishing: just 4.0 seconds from 0 to 100 km/h, at a topping of 301 km/h. This is indeed a mighty SUV that Bentley has got it right.

You want more? The Bentayga is also coming with some impressive consumption numbers, managing just 12.8 L / 100 km, with the CO2 emissions standing at 292 g/km. The cabin is also luxurious, with high-end materials and the latest technology. You can find out more about it in the photo gallery below.

The thing is that you won`t be able to get it right away, as the model is already sold out for next year, the base price being settled at 160,200 GBP. But you can make a deposit and wait until the end of next year to have it at your door.