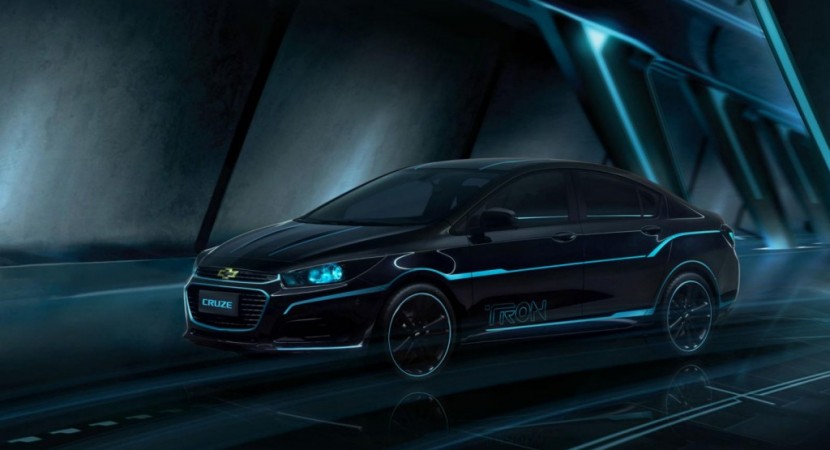 The 2016 Beijing Auto Show was the perfect opportunity for the North American Chevrolet carmaker to display a special concept which celebrates the “Tron: Legacy” movie.

It is all about the Chevrolet Cruze Tron Concept created in partnership with Disney to pay “tribute to the ultimate experience of speed and power from the 2011 science fiction movie.”

In terms of styling, the Chevrolet Cruze Tron Concept is standing out from the crowd with a black exterior with metallic blue accents on the grille, bumpers and roof, the model also fitting one-off set of wheels to comply with the movie`s universe. Additional features also refer to tinted lighting units with blue illumination.

Under the hood, chances are that this special Cruze Tron Concept might be equipped with the same engines, also found on the regular Concept Cruze, but unfortunately, the carmaker didn’t reveal any performance details.

The present Chevrolet Cruze comes with two engines, including the 1.5-liter flat-four with 112 horsepower and 107 lb.ft of torque, followed by a 1.4-liter engine with 147 horsepower and 173 lb-ft of torque, the latter being hooked to a seven-speed dual-clutch auto gearbox. This allows a sprint from 0 to 100 km/h in 9.9 seconds, at a topping of 124 mph. 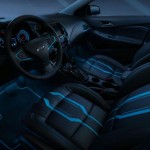 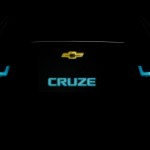 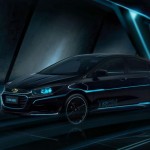 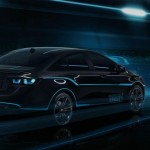