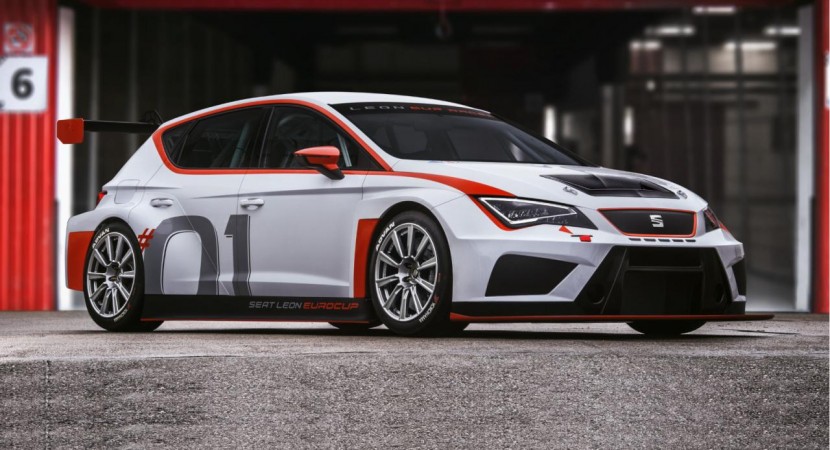 Set has recently unveiled the all-new 2016 Leon Cup Race TCR, which will debut at the 2016 Seat Leon Eurocup, starting this April.

The 2016 Leon Cup Racer TCR if fully tweaked with a lot of racing features, providing impressive performance under the hood.

We are dealing here with a new cooling system and redesigned exhaust system, along with new shock absorbers with a two-way adjustable function, as well as the 100-liter safety tank for faster refueling during races. Additional mechanical features refer to the AP six-piston brake calipers or the mechanical slip differential lock positioned at the front axle.

All these make the 2016 Leon Cup Racer TCR a “top-flight motorsport machine”, the racer packing an upgraded 2.0-liter flat-four turbocharged engine, with 330 horsepower and 350 Nm of torque.

The 2016 Leon Cup Racer TCR standard can be had from €85,000 while the sequential transmission version sets you back at a higher €111,000, both prices excluding the taxes.