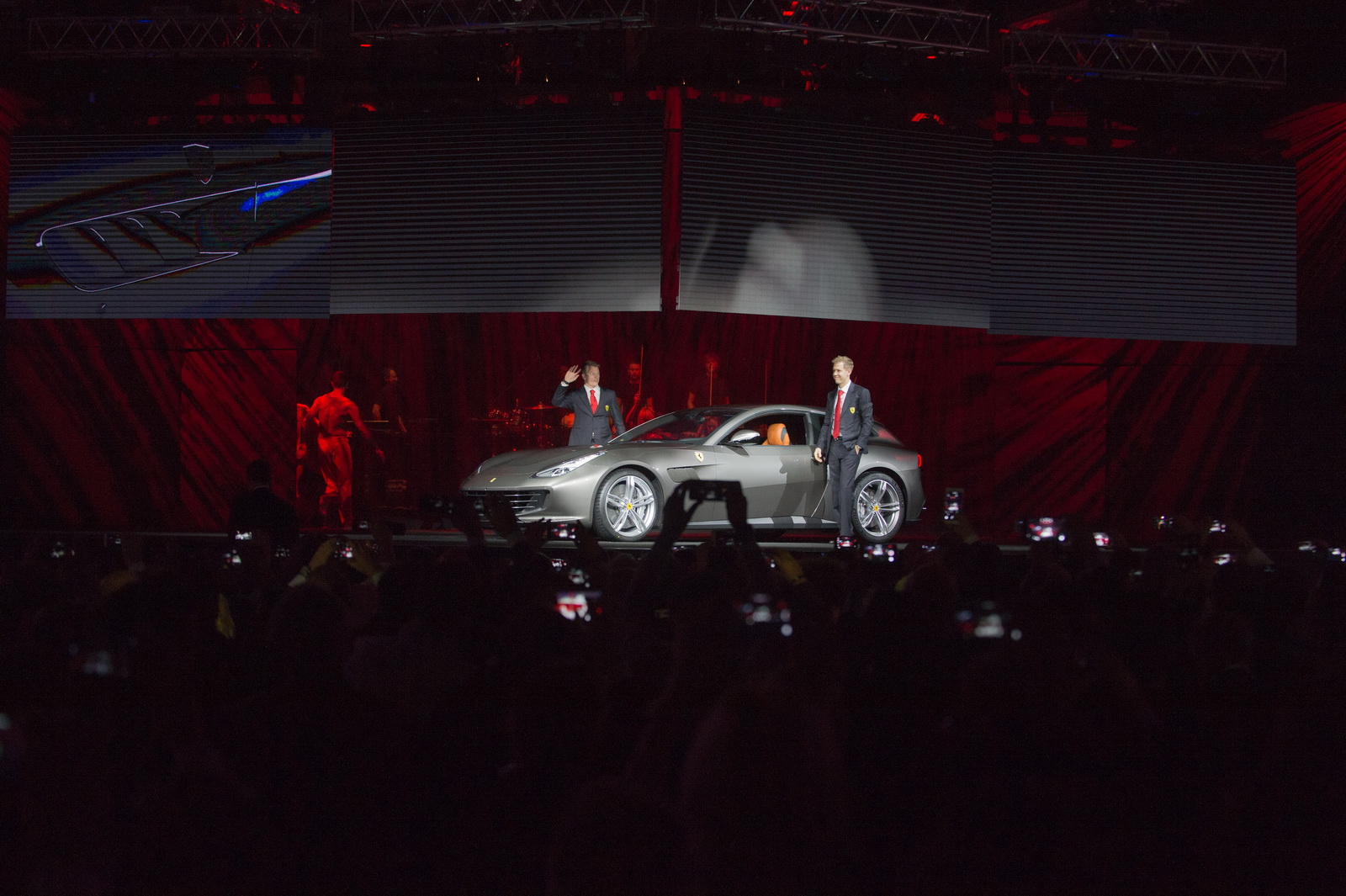 The all-new Ferrari GTC4Lusso was recently the star of a special event held at Lake Como.

We are actually dealing here with the updated version of the present FF model, which could be admired at Villa Erba, Lake Como, in front of an audience of around 1,000 people.

As we can depict from the pictures and video below, the Ferrari GTC4Lusso is wearing the Tailor Made Nuovo Grigio Ferro Met, with F1 drivers Sebastian Vettel and Kimi Raikkonen standing alongside.

Besides the Ferrari GTC4Lusso, there were also other two four-wheel drive 12-cylinder models joining the hot ride, represented by the Bianco Italia and Rosso California liveries.

The new GTC4Lusso has been updated with some interesting body parts, like the revised front bumper now coming with a more prominent grille, twin rear lights as well as massive rear triple-fence diffuser.

Under the hood, the Ferrari GTC4Lusso is taking its power from a 6.3-liter V12 mill, with 680 horsepower and 514 lb-ft of torque. The prices will be revealed at the car`s debut at the 2016 Geneva Motor Show, starting the 1st of March.