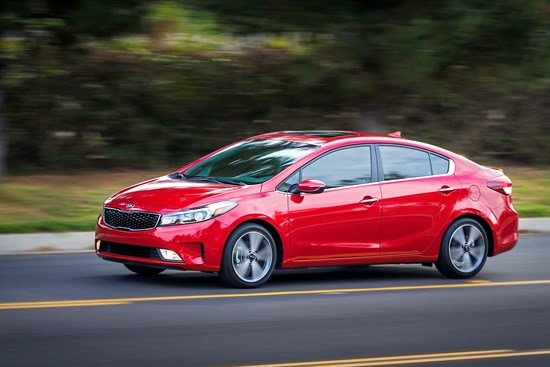 Kia has introduced the facelift version of the Kia Forte at the 2016 NAIAS in Detroit, the model coming with interesting new design features and a wide array of technological goodies.

Even if the exterior changes are not that important, one can distinguish between the present Forte and the 2017 facelift model. We can thus depict an updated bumper with a “tiger nose” radiator grille which is connected to the headlights, or updated taillights with LED technology.

The South Korean carmaker has also added a new version, the S trim, which sits between the LX and the top of the line EX. This one comes with additional design features, like LED daytime running lights, rear spoiler as well as the 16-inch rims.

The 2017 Kia Forte facelift also comes with a wide array of safety features, such as front collision warning, lane change warning, lane keep assist, autonomous emergency braking and so on.

In the engine department, the new Forte is equipped with a new 2.0-liter Atkinson inline flat-four engine which replaces the 1.8-liter, the mill coming with a six-speed manual or six-speed automatic transmission. Unfortunately we do not have the performance specifications, but the carmaker will reveal them at the car`s closer launch date in a couple of months.