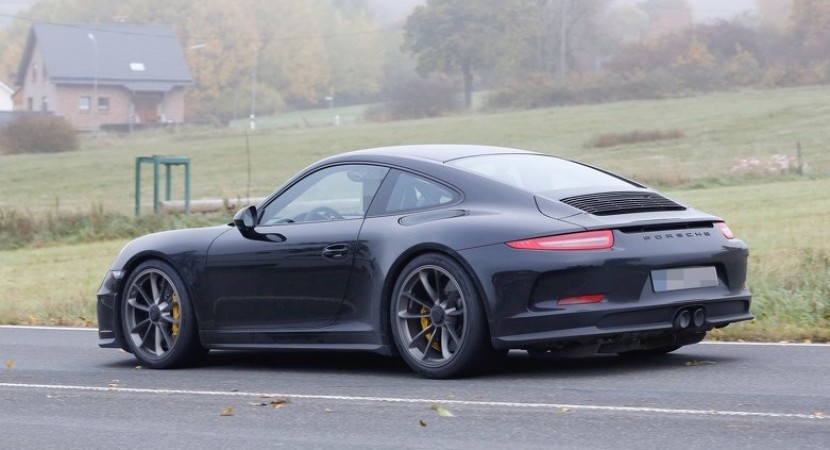 Initial rumors stated that the upcoming 2016 Porsche 911 R would come with a seven-speed manual transmission, the same found on the current 911 model, but a recent report delivered by Automobile Magazine states that the R version will come instead with a six-speed manual gearbox.

The six-speed manual will be hooked to a 3.8-liter flat-six engine, the same found on the high-performance Porsche GT3. Unfortunately, the German based carmaker has not revealed any performance figures, but it should be close to the GT3`s 470 horsepower.

In terms of visuals, the Porsche 911 R will come with a more distinctive body style than the GT3 or the regular 911, meaning a GT2-like bonnet with vents, less prominent front spoiler, slightly revised rear skirt arrangement with central exhausts at the rear end.

The same rear end will also receive a hydraulic wing which will pop-up automatically at high-speeds, while the overall design will be complemented by the wide 21-inch wheels, practically the same found on the GT3.

Porsche is reported to release only 600 units with the 911 R, starting next year, with higher prices than the GT3`s. An official report will be issued by Porsche in the upcoming period.