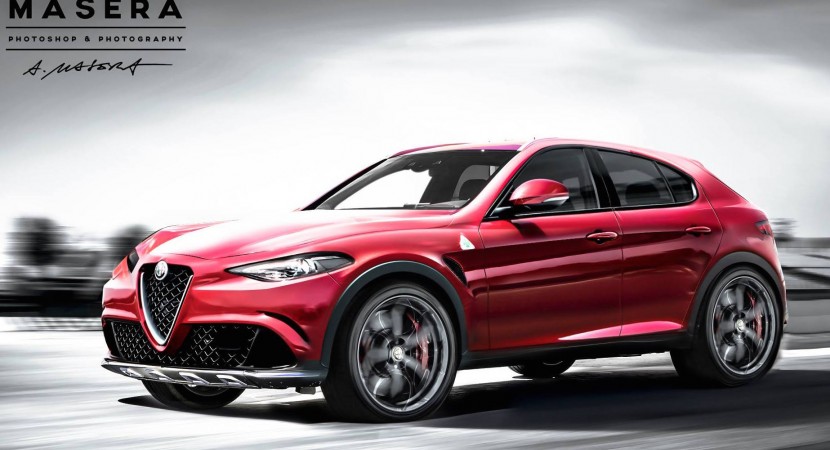 Rumors with Fiat Chrysler preparing the first SUV are not fresh, and yesterday, CEO Sergio Marchionne of Fiat Chrysler has confirmed that the Tipo 949 will become the official Stelvio SUV.

The Alfa Romeo Stelvio SUV will be built at the company`s Stabilimentio Fiat Cassion assembly line, with production to begin at the end of the year. The SUV will come as a 2017 YM.

The 2017 Alfa Romeo Stelvio is said to come with a lot of body bits also found on the all-new Giulia lineup, including rather the same engines.

We should see a wide array of turbocharged diesels and petrol burners with four-cylinders, along with a top of the line version, which might use the same 2.9-liter twin-turbo V6 Ferrari, also seen on the topper Alfa Romeo Giulia QV.

Alfa Romeo will soon be joining other SUVs on the market, like the most powerful ever built, the Bentley Bentayga or the upcoming URUS from Lamborghini. This is a clear indication that the SUV market is on a healthy dosage of development, with plenty of supercar companies shifting their market strategies towards this segment.

More details and the first photos with the upcoming Alfa Romeo Stelvio SUV will be known later on, meanwhile enjoy the rendering with the model, signed by Alessandro Masera!