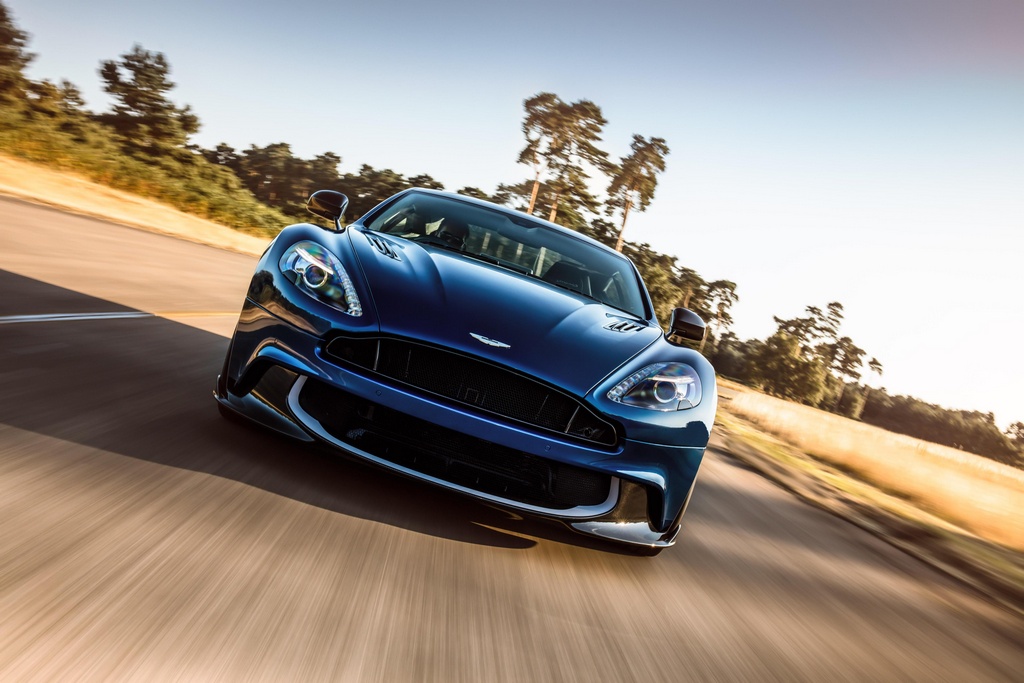 The DB11 isn`t Aston Martin`s only hot shot to be officially unveiled in big style this year, as the carmaker has also released the official details of another outstanding, which is the special 2017 Vanquish S.

For that price, you get a hell-of-a-car. Visually, it comes with an upgraded front splitter and rear diffuser which is now more aerodynamic and increases the drag efficiency, adding some carbon fiber goodies on the bonnet louvres. The entire design is complemented with the five-spoke diamond alloy wheels and some new exterior colours.

Inside, the interior welcomes you with the exceptional and high-end “Filograph” quilted leather, Bridge of Weir Caithness, new embroidery, as well as Sating Chopped Carbon Fiber fascia panel.

In the engine department, the 2017 Aston Martin looks extremely potent with 600 horsepower, hooked to a re-calibrated eight-speed Touchtronic III transmission, which makes it extremely fast from 0 to 100 km/h, that would translate in around 4.0 seconds.

Other features also include the updated suspension which improves the car`s driving capabilities and provides increase stance, along with new brakes, tuned-up damper internals, spring rates and anti-roll bar. You can enjoy the car`s exquisite design in the media gallery below! Would you spend almost 200K GBP on such an extraordinary model?