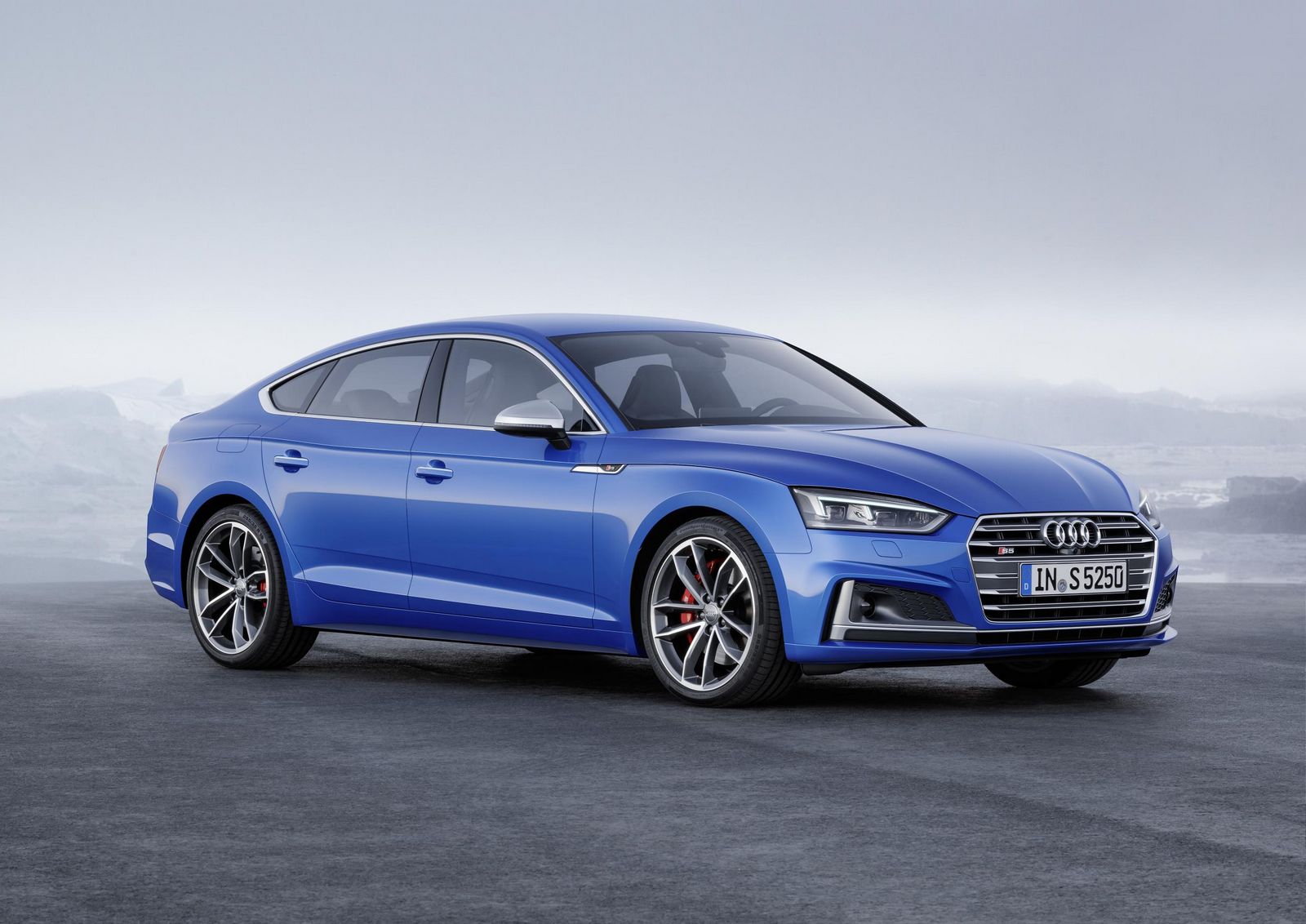 The gorgeous Audi A5 and S5 Sportback versions are back into the spotlights, this time at the models being announced at the 2016 Los Angeles Auto Show for their official debut. The models are expected in the United States alongside the A5 and S5 Coupe sometimes next year.

Besides the gorgeous exterior with the aggressive design lines, highlighted by the new headlights, updated front and rear bumpers and other visual tweaks also seen on the entire lineup, both versions are offered with advanced mechanics, which improve the cars` driving capabilities.

The most important are the self-locking center differential, new front five-link suspension, wheel-selective torque control, or optimized position for the steering-rack.

Inside, the cabin basically features the same gizmos and high-end materials, including the 7.0-inch or 8.3-inch infotainment system, adding as well the massive 12.3-inch Audi`s Virtual Cockpit with lots of functionalities.

On the other hand, the hardcore 2017 Audi S5 Sportback is equipped with a 3.0-liter TFSI V6 engine, with 354 horsepower and 469 lb-ft of torque. The 100 km/h sprint is done in an amazing 4.5 seconds, thanks to the eight-speed Tiptronic automatic transmission.

Audi has also released an impressive media gallery with the all-new 2017 Audi A5 & S5 Sprotback. Enjoy the photos and don’t forget that your opinions does count!