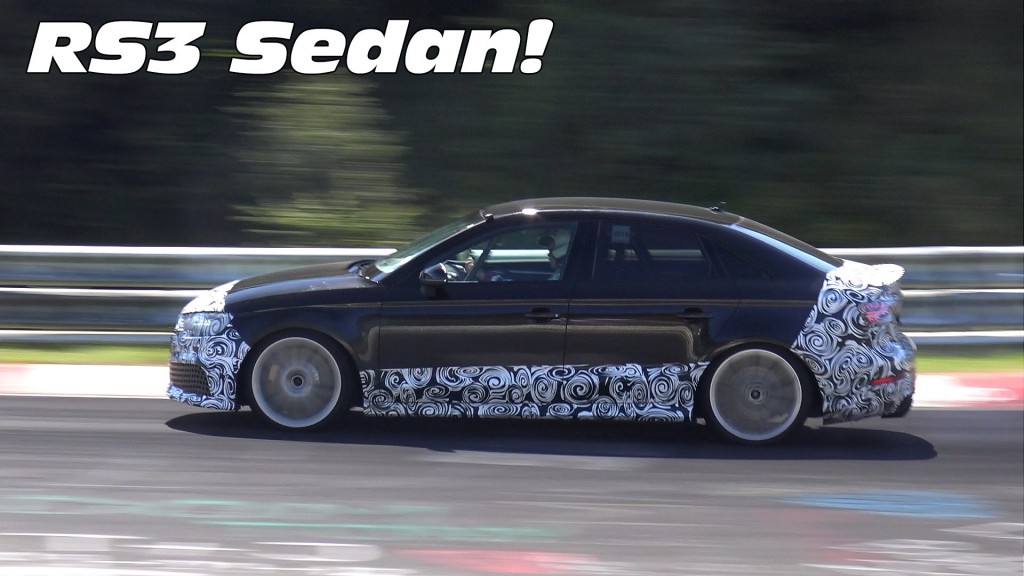 There are few cars from Audi that really impress me and one of the recent editions that are due for an upcoming market debut is no other than the 2017 RS3 Sedan.

We all know that the entire RS lineup from Audi was designed to deliver a lot of power, just like the M Line has made with all its BMW models. And we have seen in the past what an RS5 or RS6 can do on the road or track.

The German carmaker is currently preparing the all-new RS3 Sedan, the model being recently previewed in a spy video while undergoing some rough tests at the Ring.

Even if we are dealing here with a test mule all wrapped in camouflage, the 2017 RS3 Sedan is expected to come with visible styling improvements and some new figures under the hood.

We are, after all, dealing with a facelift version of the current model, meaning that we expect some important improvements at the body style, like revised LED headlights and taillights, new wheels, sharper lines and so on.

Performance wise, the new RS3 Sedan is expected to come with around 400 horsepower and a twin-clutch transmission, which will make it even faster than the hardcore Ford Focus RS.

Once it will emerge on the market, especially on the United States market, the 2017 Audi RS3 Sedan has one thing in mind: to blow away its direct competitors, like the upcoming AMG from Mercedes-Benz or the new Ford Focus RS. More details are expected this autumn, meanwhile, enjoy the video with the 2017 RS3 Sedan playing at high speeds around the Ring!