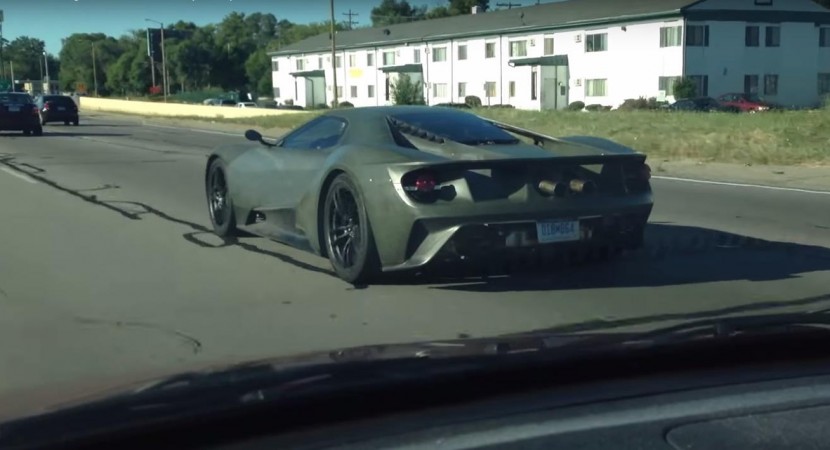 The City of Detroit, also called the ghost city due to the major economic and demographic decline in the past decades, has been the scenery of some recent tests carried out by Ford. We are talking about a test mule of the upcoming 2017 Ford GT cruising the streets, before its official unveil in 2016. The test mule was also caught on camera.

At a first look, one can depict the army-like vehicle, with a body that still needs some heavy work and the exhaust pipes with a horrible protruding style. But this would be logic, since a new look was an absolute must, the GT remaining the same from 2013.

In terms of performance, the 2017 Ford GT is rumored to come with a twin-turbo V6 EcoBoost engine, developing around 600 horsepower, which would produce and astonishing performance.

The 2017 Ford GT will be launched next year and will cost around $400,000, which is quite the same as the Lamborghini Aventador, with only 250 units to be produced every year. More details will be announced at a later date, meanwhile press the play button and enjoy the two spy videos with the 2017 Ford GT test mule in Detroit!