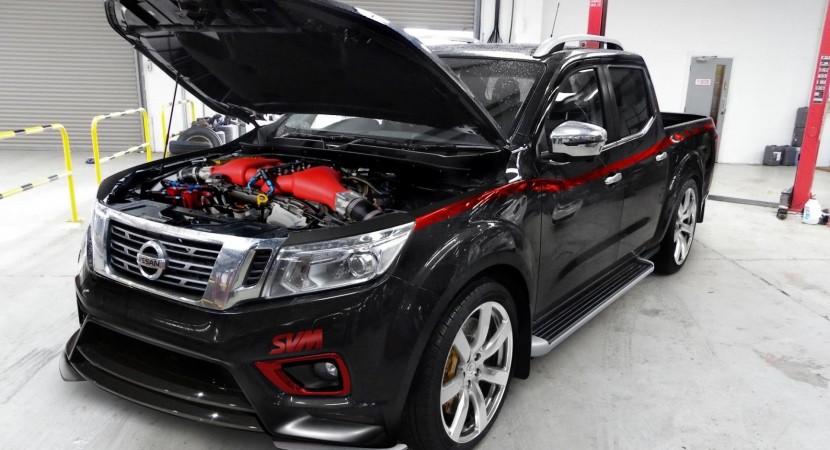 Behold the most powerful vehicle from the tuning segment available today, the 2017 Nissan Navara with whopping 1.500 horsepower. This was achieved thanks to the guys from the SVM aftermarket shop who fitted a GT-R R35 engine on the car.

The 2017 Nissan Navara is already a real mean machine, packing a 2.3-liter mill in the stock version, with an impressive power as well: 565 horsepower. But the tuner dropped the aforementioned engine in favor of a more powerful 3.8-liter V6, borrowed from the GT-R R35 model.

In steps, the power was raised to 800 horsepower and eventually to 1.500 horsepower, matching thus the power of a Bugatti Chiron. The new engine is hooked to a dual-clutch six-speed transmission which sends the power to all wheels.

Severn Valley Motors (SVN) also states that “anything is possible” with this Nissan Navara, which can receive additional power upgrades. They “are open to the craziest of ideas”, including the fitting of a manual gearbox with power to be sent to the rear, or even the fitting of other tweaks that would make it a real standout model, even than the company`s Nissan GT-R.

Don’t think that the model will come cheap, cause it won`t. The entire upgrade kit adds great value to the car, the model now being available for sale at around £175,000. Depending on their tastes and cash, customers can also opt for different power stages.