Automotorblog: Daily news on cars and motorcycles Blog Audi 2018 Audi RS3 Sedan Available from $55,000 in the US
Audi 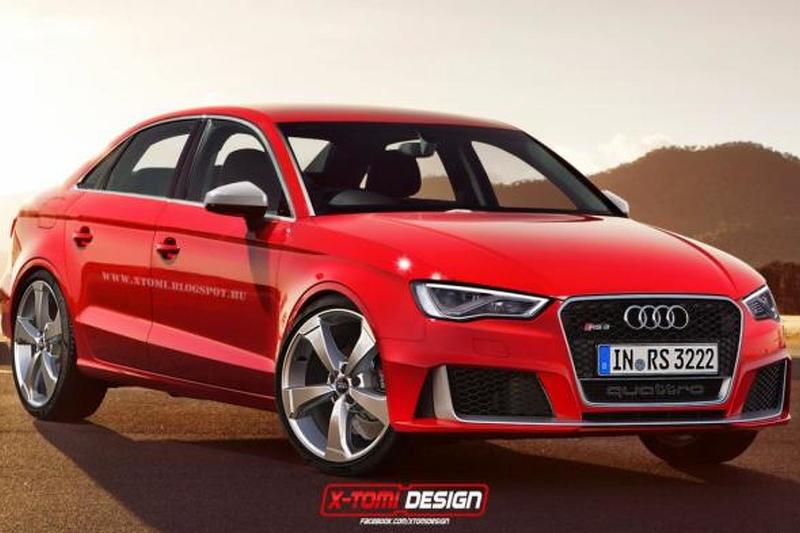 Rumors according to which Audi would release the RS3 Sedan on the market have been circulating for a while, but thanks to the guys from Quattro World, the model is due to arrive in the United States as a 2018 TM, from an entry-level price of $55,000.

What we have got so far is a handful of renderings and speculations concerning the car`s specifications and details, but according to the same online auto magazine, the 2018 Audi RS3 Sedan would carry over the some interior features found on the A3 Sedan facelift and other new models.

We might be dealing here with the newly-introduced Audi Virtual Cockpit, bespoke bucket seats, while the exterior would add up an updated front grille, revised headlights and new lightweight alloy wheels.

In the engine department, rumors have it that the 2018 Audi RS3 Sedan might pack a massive engine with some impressive output, borrowed from the much more potent A3 Clubsport Quattro, introduced two years ago. We should expect around 400 horsepower, all squeezed from the 2.5-liter flat-five engine with a quarto all-wheel drive layout and a seven-speed S tronic transmission.

Below you can have a look at the renderings with the 2018 Audi RS3 Sedan, signed by different rendering artist!