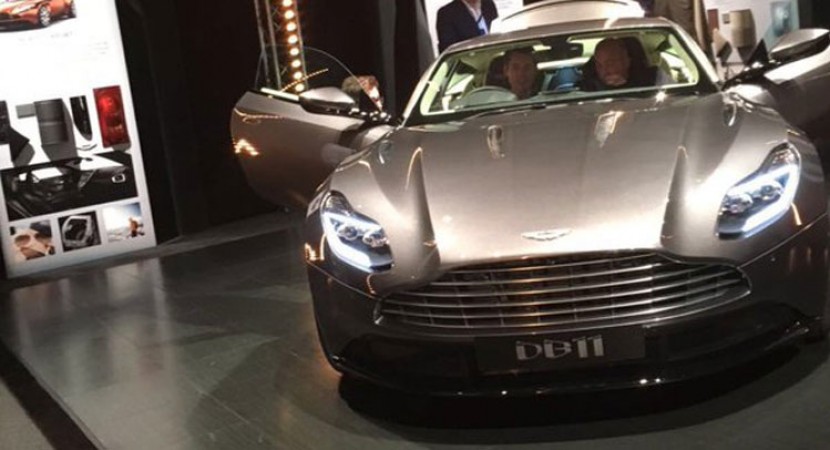 It seems that the gorgeous and long-expected is Aston Martin DB11 is in its final shape and ready to be officially unveiled at the 2016 Geneva Motor Show, as a recent leaked photo highlights the model while being displayed at a private event.

The leaked photo was revealed by Twitter user RudyB001 who states that the model in question is no other than the upcoming DB11. A photo of the same model also hit the web a couple of weeks ago, so it really confirms that this is the genuine one.

As we can depict from the leaked photo, the sports car comes with an evolutionary design, taking its cues from the former DB9 or the DB10 James Bond model.

But the DB11 also adopts a personality of its own, highlighted by the wider grille, new headlights with LED DRLs, prominent hood, carbon fiber front hood, while the back is now featuring a small trunk lid spoiler. Unfortunately, this is what we have so far.

The details list concerning the cabin is also scarce, but according to the fresh batch of spy shots, the interior will come with a lot of features borrowed from Mercedes. We should see an updated and wide digital instrument cluster, large display for the infotainment system and so on.

The Aston Martin DB11 is believed to stand on the new aluminum chassis which would be enough to accommodate a brand-new 5.2-liter bi-turbo V12 mill, reportedly developing around 600 horsepower. a top of the line V8 from AMG is also in the books.