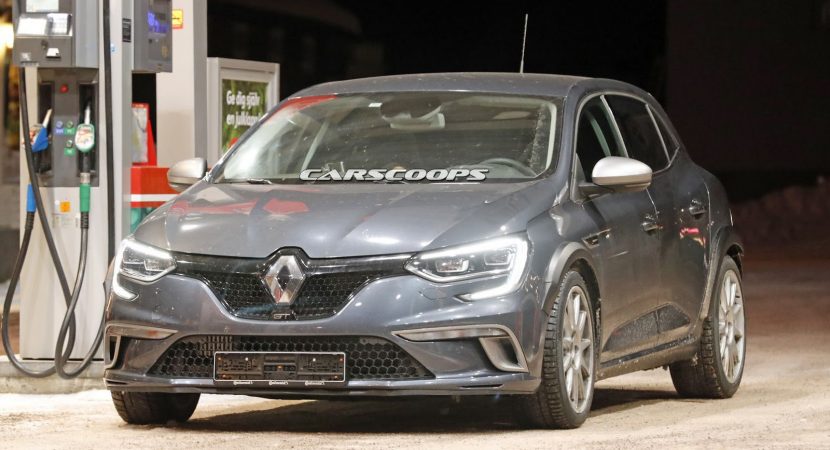 There is no doubt that the French specialists from Renault have created the most powerful Megane RS at the moment, so powerful that it has become a worthy adversary for the future Volkswagen R.

Recently, spy photographers from carscoops have caught both models standing side-by-side while performing some rough testing out in the cold. The idea was to compare the two of them, concerning styling, mechanics and performance.

The Renault Megane RS, the French sports car is visibly improved from a visual standpoint, the model coming with an extremely aggressive design with influences from the GT, and highlighted by the new front and rear bumpers, the latter one getting ready for a makeover, in order to make room for the now well-known central exhaust pipes. We should also expect more prominent fenders and much bigger and wider wheels.

Under the hood, the new five-door only Renault Megane RS is likely to be equipped with a 2.0-liter turbocharged four-cylinder engine with 300 horsepower, being sent to a six-speed manual transmission, and optional dual-clutch transmission.

Concerning the car`s driving configuration, the carmaker is still undecided on the type to be used, with different reports stating that it will be offered with both a front- and an all-wheel drive configuration. Both would make sense, especially since its heavy competition from Volkswagen Golf R, Ford Focus RS or Honda Civic Type R are already equipped with these configurations.

More details with the new Renault Megane RS will emerge next year in March at the 2017 Geneva Motor Show, where the model is expected to show up officially. 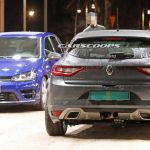 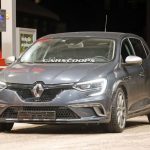 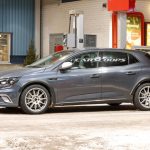 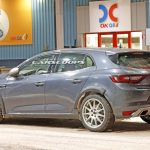 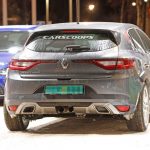 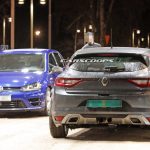 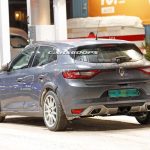 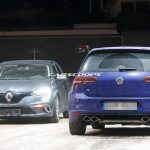