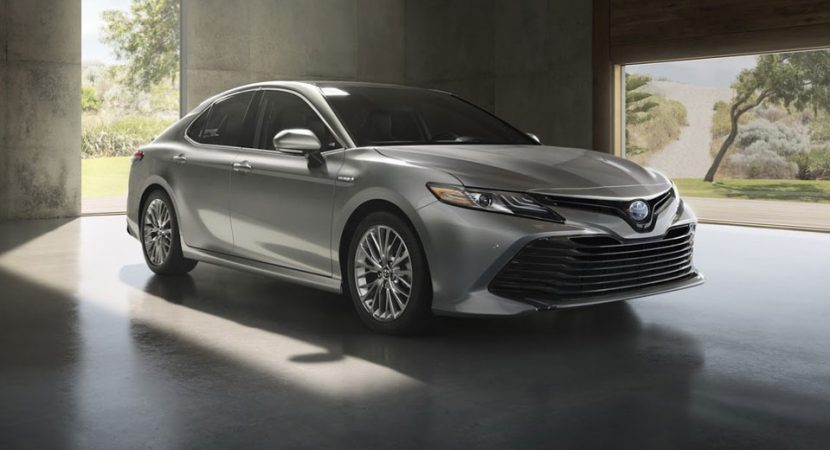 Unveiled at the 2017 NAIAS, in Detroit some time ago, the all-new 2018 Toyota Camry Hybrid joined the rest of the Camry fleet with rather the same new and evolutionary design, yet with improved fuel-consumption both in the city as well as on the highway.

It was up until recently we have has the occasion of grabbing the car`s unofficial figures when it comes to fuel-efficiency. According to a recent report issued by Car and Driver, the all-new 2018 Toyota Camry Hybrid might burn out around 50 mpg in the city, which would make one of the most economic hybrid in its class.

Even so, this won`t be enough to beat-up the present Camry Hybrid, which comes with just 42 mpg in the city and 38 mpg on the highway. More than that, it is less efficient even than the Honda Accord Hybrid, this one burning out 49 mpg / 48 mpg – city / highway. So, the company might still want to reconsider the car`s new system before pretending the best fuel-efficient hybrid in its class.

As a reminder, the all-new 2018 Toyota Camry Hybrid introduced in Detroit, comes with the same “Keen Lock” design as the rest of the model lineup, making it extremely appealing and aggressive at the same time.

It also features the latest technology onboard, with the main highlight on the seven-inch instrument display, ten-inch head-up display, up-to-date infotainment system with the latest features, adding as well the latest materials.

In the engine department, it uses the same 2.5-liter four-cylinder as the rest of the range, adding an electric motor, with a thermal efficiency exceeding more than 40 percent. In that matter, being asked why the carmaker didn’t choose a smaller displacement on the hybrid version, Masato Katsumata, chief engineer at Toyota, told Car and Driver that such an engine wouldn’t help the car achieve a low fuel-consumption, also adding: “That is why we don’t combine a 1.5-liter engine – if you drive with very sporty or dynamic performance, that`s not a solution for us.”